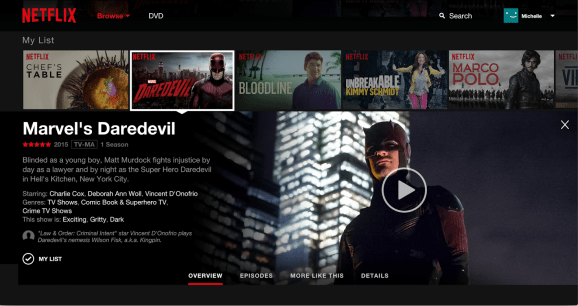 Congratulations to all you idiots who have been rooting for the era of cord cutting and cable unbundling. All of your fondest dreams are coming true, as it seems just about everything will now be available on video streaming services.

Unfortunately, this is going to make something as basic as watching TV a hellish experience, and potentially more expensive to boot.

For the record, I warned you about this several years ago. But you didn’t listen. Instead you raged that everyone wasn’t making all of their content available online all the time. And you cried that you couldn’t pick and choose which cable channels you wanted to include in your subscription. Good work. Comcast said Thursday it will lose between 100,000 and 150,000 subscribers in this current quarter, which sent its stock plunging.

Look, I have my complaints against incumbents like Comcast. I was a Comcast customer in the Bay Area for many years, and wrote the two pieces above after we cut our cable service and went internet-only. But the economic argument for un-bundling has always been nonsensical. Even at the prices Comcast charged for a basic package, the prices for the individual pieces that you want were always going to be higher.

You deluded yourself into thinking more choice and control would be better. Now you’re getting both, with a vengeance.

Consider that you’re now getting Netflix and/or Hulu, each between $8 and $12 per month, depending on the plan. Watching Game of Thrones on HBO will cost you $15 per month for just streaming. You’ll need Amazon Prime, at $99 per year (though that includes many free goodies, like free shipping) to watch The Tick and American Gods.

And this week we learned that Disney is going to launch its own streaming service in 2019 and will pull Marvel and Star Wars properties from services like Netflix. No price was announced, but it’s likely to be in line with Netflix and Hulu. And then Disney is also launching an ESPN streaming service that will cost god only knows what. Disney is doing this because ESPN is losing viewers on cable, so there’s not much choice.

We also know that Apple is now lurking in the background, trying unsuccessfully to strike its own streaming content deals and getting ready to pump $1 billion into original content. It may even buy James Bond!

The upshot is that if you want to watch most of what you could watch just a few years ago on cable, you’re going to have to sign up for a growing array of services that will come darn close to matching your current cable bill, if not exceeding it. Meanwhile, the cable bundles have enabled all sorts of long-tail type channels that may have a narrower, passionate audience but can’t stand on their own. Those channels will eventually go bye-bye.

Once you have all those services, I wish you luck managing them. We were recently in the U.S., where we watched the first few episodes of The Handmaid’s Tale, a bleak-ass drama that makes Game of Thrones look like a romantic comedy. Alas, you can only find it on Hulu, or on international partners such as OCS in France. I’m not ready to pony up for that yet. And while I’m dying to watch the new Twin Peaks, I can’t bring myself to pay the Showtime streaming subscription.

We can assume that eventually channels like AMC will break off their own streaming services. Right now, AMC offers a bizarre hybrid for $6 per month that lets you stream shows like The Walking Dead online ad-free if you also have a cable subscription.

And let us not even mention local sports, which will likely require you to hang onto some form of basic cable package or spend a lot of time drinking in bars — where, frankly, you won’t be able to afford Pabst Blue Ribbon because you’ll need your beer money for those streaming services.

Ah, the glorious future is here. And it’s a goddamn mess. And now, thanks to a utopian belief in disruption, something as simple as watching TV has been reinvented and made infinitely more complex and stressful.

But hey, I’m sure someone’s working on a solution right now. Because only more technology can save us from the problems created by technology.