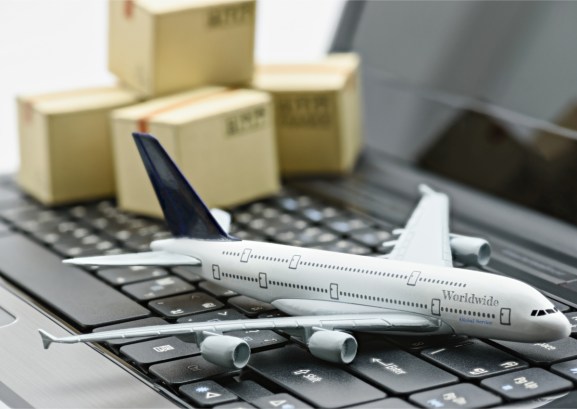 Every September, the price of air freight spikes dramatically. And what else happens every September? Apple drops a new iPhone.

Yesterday, Apple announced the launch of the tenth generation of the iPhone, the iPhone X. The device will be available for pre-order on October 27 and will hit stores on November 3.

The huge logistical challenge of delivering millions of iPhones all over the world inevitably leads to an increase in the price of air freight that can last for a number of months.

The effect each year is so pronounced that back in 2012 it was claimed that the delivery of the iPhone helped the air freight industry bounce back from a collapse in prices, which at that time were the lowest since the recession.

But how can a single product — one that fits in the palm of your hand — drive the price of air cargo? Is this just a cunning excuse air forwarders use to up their prices?

The iPhone makes up an astonishing amount of air freight volume

Apple ships its iPhones around the world by air rather than by boat, despite the higher logistics costs. Why? Two reasons: speed and working capital. Demand is so high for the iPhone at launch that it spends its first few months almost always on the verge of selling out. Apple likes to create a feeling of scarcity, but its profits are so dependent on iPhone sales that it has to avoid leaving its thousand dollar phones stuck at sea, which can introduce delays of 30 days or more and significantly impact the company’s working capital.

It was said that Tim Cook, current Apple CEO, rose through the ranks by streamlining the company’s supply chain, even relocating suppliers to be next to factories in order to reduce inventory from 31 days to six. It’s therefore unsurprising that Apple chooses air freight — it’s not worth the risk for a customer to find iPhones out of stock and buy an Android instead.

Apple has consistently shipped a stunning number of iPhones by air in the fourth quarter of each year. In Q4 2016, it sold 45.5 million iPhones, down slightly from 48 million in Q4 2015. But let’s take a look at 2014, after the launch of the iPhone 6, when Apple sold an astonishing 74.4 million iPhones. Between summer and autumn 2014, rates for moving a kilogram of freight by air from China to San Francisco increased from around $2.50/kg to $11/kg. The industry had already priced in the increase in expectation of the new phone dropping.

I’m in the freight business, and my team has been tracking this effect. According to our analysis, Apple books the equivalent of one full 747-8 freighter for every 600,000 iPhones sold. (Technically, one can only load 300,000 on a plane before it maxes out on weight, but for the purpose of this calculation we can ignore that fact.) That’s 124 freighter trips in Q4 2014, or 1.37 plane trips per day. That’s an unprecedented amount of volume for a single product.

It’s truly remarkable for a single product to make up 2 percent of the entire global capacity for air freight across the Pacific.

Why the price hike?

A key feature of air cargo is that supply is fixed. Even as Christmas season approaches and demand for space on planes increases, it’s not possible to add a host of new flights. So it follows that when demand exceeds the supply of air cargo, the price must appreciate until it reaches the marginal willingness to pay of the last entrant into the market.

We estimate that the cost of freight makes up less than 0.01 percent of the iPhone’s value. This means that it’s highly unlikely the price of freight will become so high that Apple won’t be willing to ship its product. There are a number of organizations like Apple shipping highly valuable items where freight is a negligible percentage of the product’s value, and if these players get into a bidding war over fixed capacity, it’s inevitable that the price of freight will rapidly increase.

It’s likely that there are enough other companies in similar situations that a 2 percent increase in demand — when the new iPhone is released, for example — could lead to a price hike of between two and five times, which is what we observe during peak air freight shipping seasons.

This year, air freight rates are among the highest we’ve seen in a decade. The impact of both Apple and Samsung launches has already been factored into pricing — rates have been increasing since August and will continue to tick up over October and November. And, depending on the continued demand for new products, we could still see elevated pricing until 2018.

How does this affect the price of retail goods?

It’s not just iPhones that are shipped by air. Any consumer good that needs to get into customer’s hands quickly tends to travel through the skies — fast fashion brands such as H&M, Zara, and Topshop, for example, rely on the air cargo industry to get clothes in good condition into their stores as quickly as possible.

When Apple buys out huge amounts of air cargo — in combination with the upcoming Christmas season — it costs a lot more for retail vendors to get their goods on the plane at all. While this gives cause for carriers to celebrate, it’s not great news for retailers and consumers. Retailers have to cover the extra costs for air freight somehow, and one way to do that is by making the customer pay more.

So, there you have it. One pocket-sized gadget can have an enormous ripple effect across an entire industry. And it’s all because of air freight.