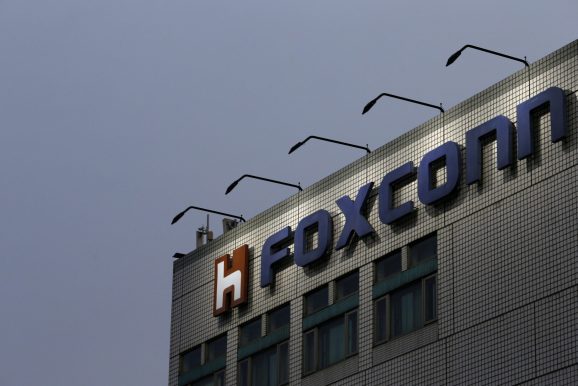 On Thursday, the state of Wisconsin hedged its bet on Foxconn, as legislators approved a nearly $3 billion incentive package for the Taiwanese electronics manufacturer in exchange for its investing approximately $10 billion in the state and building a factory that could employ up to 13,000 workers. The legislation now goes to Republican Governor Scott Walker to sign — given that he’s been a leading advocate for the project, he’s expected to give it his seal of approval.

The bill passed the Wisconsin State Assembly on a 64-31 vote, after previously passing the state senate on a 20-13 vote.

The move signals the start of what will likely be an important experiment in just how much generous incentive packages can do to help create new tech hubs. Governor Walker has said that the Foxconn factory — the company’s first in the United States — will help transform Wisconsin into “Wisconn Valley.” While on a trade mission this week to Japan and South Korea, Governor Walker told reporters that many of the companies he met with on the trip were already “very interested in how they could come to Wisconsin and partner for that new ecosystem.”

However, there are still a few details that need to be finalized before Foxconn can start breaking ground — most notably, where the company will build the factory. The factory was set to be built in either Kenosha or Racine County, Wisconsin, before Kenosha dropped out of the running earlier this week.

In a letter to Governor Scott Walker, Kenosha Mayor John Antaramian wrote, “Throughout this planning process, we have been consistent in our belief that without significant adjustments to specific current State laws impacting local municipalities, we would be unable to support and/or absorb the development of the Project.” That means that Racine County, now the lone contender, has some wiggle room in terms of what it could negotiate out of Foxconn before agreeing to let the company build its factory in the area.

Much of the criticism that the Foxconn incentive package has faced is due to its size. The incentive package is the largest ever granted to a foreign company, and 10 times larger than anything ever approved in Wisconsin. Foxconn has said that the factory, which will build LCD flatscreens for televisions and other devices, will initially employ 3,000 workers making an average of $53,900 a year plus benefits.

An analysis from the nonpartisan Legislative Fiscal Bureau found that it would take taxpayers around 25 years to see a return on the Foxconn investment. That’s if Foxconn does bring all 13,000 jobs for which the company would receive $2.85 billion in tax credits over 15 years, and if an additional 22,000 jobs are created by suppliers and small businesses that co-locate to the area. If Foxconn only brings the initial 3,000 jobs, it would take even longer.

The Foxconn incentive package is one of the most talked about ones of the year — along with the one that will likely be given to Amazon, which recently announced that it would be build a second headquarters somewhere in North America that will bring up to 50,000 full-time jobs. If the Foxconn and Amazon deals are successful, this could mean that more states place their bets on recruiting one or two large tech companies.

“There’s no way that Wisconsin could offer a very similar deal to other states [that they did to Foxconn] — a state can’t afford to provide 30 percent wage subsidies to every company in the state,” says Timothy J. Bartik, a senior economist at the W.E. Upjohn Institute for Employment Research in Kalamazoo, Michigan.

It won’t be the 3,000 to 13,000 jobs alone that will make Wisconsin into a high-tech manufacturing hub, but Walker and his allies are betting that Foxconn will both bring suppliers who want to be close to Foxconn and will kickstart follow-on investment from Foxconn, which in turn can turn the state of Wisconsin into a cutting-edge technology center on par with Silicon Valley.

“The value here is in the creation of an entirely new economic sector in our state,” Republican Rep. John Macco noted during a debate on the Wisconsin assembly floor on Thursday.

Michael Hicks, professor of economics at Ball State University in Indiana, is skeptical of those assumptions, noting that “there are almost no development clusters anywhere in the world where the production is located at the same place where the high-end jobs of manufacturing and R&D are…the scope of this is antithetical to creating a technology cluster there.” He also adds that for most of the component suppliers, relocating to Wisconsin “would never be enough to justify the wage differential of an American worker in Southern Wisconsin, unless the state pitched in.”

Bill Lovejoy, a professor of business administration at the University of Michigan, advocates for maintaining the Rust Belt’s manufacturing presence. He said while he hasn’t studied the Foxconn deal specifically, he says that cities shouldn’t necessarily try to emulate the information-based economy of Silicon Valley. He worries that cities will lose out on valuable income from exports if they shirk manufacturing jobs.

“Look at who has been rich in the world throughout history — it’s the people who manufacture stuff for the rest of the world,” Lovejoy says.

“Foxconn, like every other manufacturer, are really going to be automating these jobs as quickly as possible,” says Hicks.

Bartik and Hicks say that the deal can still be a success if Foxconn decides to invest in research and development offices in Wisconsin — however, the state will face stiff competition from nearby Chicago and Ann Arbor, both home to large universities that can serve as the necessary pipeline for such an office.