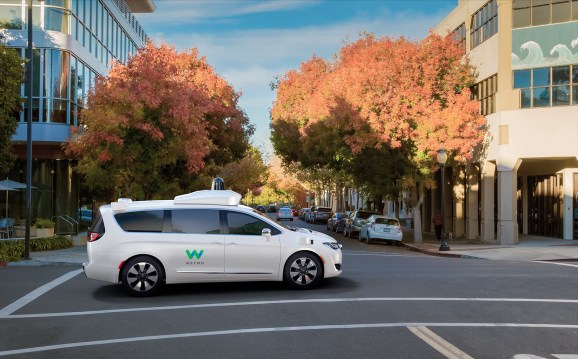 (Reuters) — Intel Corp on Monday announced a collaboration with Alphabet’s Waymo self-driving unit, saying it had worked with the company during the design of its compute platform to allow autonomous cars to process information in real time.

The world’s largest computer chipmaker said its Intel-based technologies for sensor processing, general compute and connectivity were used in the Chrysler Pacifica hybrid minivans that Waymo has been using since 2015 to test its self-driving system.

Intel, which announced the $15 billion acquisition of autonomous vision company Mobileye in March, is pushing to expand its real estate in autonomous vehicles, a fast-growing industry. A collaboration with Waymo, considered by many industry experts to be at the forefront of autonomous technology, adds to its portfolio.

The announcement marked the first time Waymo, formerly Google’s autonomous program, has acknowledged a collaboration with a supplier. The company has done most of its development work in-house.

Intel began supplying chips for then-Google’s autonomous program beginning in 2009, but that relationship grew into a deeper collaboration when Google began working with Fiat Chrysler Automobiles (FCHA.MI) to develop and install the company’s autonomous driving technology into the automaker’s minivans.

Waymo, which has developed its own sensors, is not using the autonomous vision system created by Mobileye.

Underscoring the non-exclusive partnerships and collaborations in the space, Mobileye and Intel are in an alliance with German automaker BMW (BMWG.DE) and Fiat-Chrysler to create an industry-wide autonomous car platform.

Waymo CEO John Krafcik said fast processing was crucial to the performance of its autonomous vehicles.

“Intel’s technology supports the advanced processing inside our vehicles, with the ability to manufacture to meet Waymo’s needs at scale,” Krafcik said in a statement.