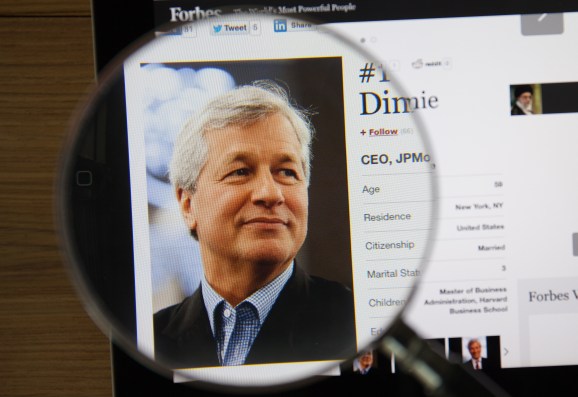 At the annual Delivering Alpha Conference on September 12, JPMorgan Chase CEO Jamie Dimon kicked up a storm by describing Bitcoin (BTC) as “a fraud” that “will eventually be closed.”

He went further to warn that he would fire any JPMorgan staff member who traded bitcoins: “It [bitcoin] is worse than tulip bulbs. It won’t end well. Someone is going to get killed.”

This is the second time Dimon has predicted governments will stop bitcoin. In November 2015, at the Fortune Global Forum, he said, “No government will ever support a virtual currency that goes around borders and doesn’t have the same controls’ as fiat currency.”

His most recent pronouncement received condemnation from many, including former JPMorgan executive Alex Gurevich, who tweeted:

Jamie, you're a great boss and the GOAT bank CEO. You're not a trader or tech entrepreneur. Please, STFU about trading $BTC.

Dimon’s statements have made their way onto the Bitcoin Obituaries list, with his latest being the 164th entry. The page is updated by 99Bitcoins and it lists, along with the value of bitcoin at the time, statements and articles as they happen that announce or predict the cryptocurrency’s demise.

The first entry was made on December 15, 2010. It is possible bitcoin’s death was predicted a few times before then. The obituary page has since become the symbol of bitcoin’s difficult path to reaching mainstream adoption.

In 1995, a Newsweek article entitled Why the Web Won’t be Nirvana by Clifford Stoll dismissed the disruptive power of the internet. The article is now an embarrassment for the author and a source of amusement for the public. Posts on the bitcoin obituaries list could face the same fate in coming decades.

Already, many individuals who have been quoted on the site are expressing a change of heart over bitcoin. Sean Lynch, who wrote Why Bitcoin can’t be a currency — the first article to be included in the obituary — has since added the following update to the article:

“Since I posted this, I’ve been convinced that due to its unique properties as a purely digital, scarce, easily transferred artifact, bitcoin’s exchange value is probably enough by itself to prevent a deflationary spiral to zero.”

Others on the list have hinted at a change in their opinion of bitcoin. When responding to a reader’s comments about the inaccuracies of his 2011 So, That’s the End of Bitcoin Then article on Forbes, Tim Worstall writes:

Meanwhile, a few articles listed on the page are no longer accessible on the websites where they were originally published. A case in point is the hard hitting “One Thing You Can Bank On: The Bitcoin Currency Is Doomed, published on Vnews.com in January 2014.

Perhaps the most interesting example is that of Morgan Stanley venture capital analyst and former investment manager Louis Basenese. In 2011, Basenese penned an article for Salon titled Beware of This Insidious New Currency Scam.

He made a case against bitcoin’s viability and gave reasons for staying away from it, such as government intervention, the infinite divisibility of the currency, and its lack of inherent value. He said:

By 2017, Basenese had made a 180-degree turn. He is now not only an enthusiast of the cryptocurrency but has built a career as a bitcoin investment expert. He now writes articles like 5 Reasons Why Bitcoin Has Staying Power.

After Dimon’s most recent description of bitcoin as a fraud, Basenese was among those who came out to defend the cryptocurrency. In an article published on Daily Reckoning, Basenese advised investors to “ignore all the hate and obstruction” coming from people like Dimon. He wrote:

“The fact is countless hedge funds focusing exclusively on cryptocurrencies are popping up all over Wall Street. It’s only a matter of time before the trend comes to JPMorgan. When it does, I’m betting Dimon will miraculously change his tune. After all, I’ve never met a banker that does love more fees.”

Meanwhile, some featured on Bitcoin Obituaries have been holding out for years and still push the narrative that bitcoin is doomed. Two are Kevin Roose and Jin Won Choi.

In a June 2013 article for New York magazine, titled Bitcoin Sees the Grim Reaper, Roose painted a grim picture of the future of the cryptocurrency. This was just after the exchange Mt. Gox suspended USD withdrawals. He predicted it was only a matter of time “before even some bitcoin diehards consider packing it in.”

Roose still holds a less than positive view of cryptocurrencies. On September 15 of this year, The New York Times published an article he wrote after interviewing Jackson Palmer. He describes how the creator of Dogecoin moved out of cryptocurrencies because he sees a bleak future for them and how Palmer advises investors that cryptos are a bubble and a scam and should be avoided at all costs.

Won Choi has published no other articles about bitcoin since the one he wrote in 2013 titled Why Bitcoin Is Doomed to Fail. But following Dimon’s recent statements, Won Choi tweeted that he agreed with him.

When it comes to facing resistance to growth, bitcoin isn’t alone. History is littered with incidents of people fighting the adoption of new technology. As Basenese points out, such attacks usually come from those who have the most to lose:

“The parties that stand to lose the most are spewing the most hate. This is all rather predictable. But before long, they’ll come around. That is, once they understand [cryptocurrencies’] true disruptive power.”