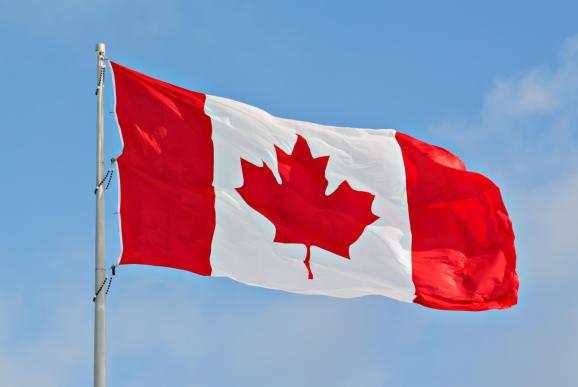 It’s no secret that Google searches for “how to move to Canada” surged after the 2016 U.S. presidential election. But there’s now new data that Canadian startups are seeing more interest from U.S. workers than ever before, as first reported by Axios — and many of them are attributing it to dissatisfaction with U.S. politics.

MaRS, an innovation hub in Toronto, asked startups in the city if they’ve seen a surge in applications from U.S. workers since November. 62 percent of respondents said yes, and for many of the startups, the surge in U.S. applications has been unprecedented. Zoom.ai, an enterprise chatbot startup, went from receiving nearly zero U.S. applications to 33 percent of its applications coming from the U.S. in February.

“I’ve been in tech for over 20 years in Canada and in Silicon Valley, too. I’ve never seen candidates from the U.S. apply for Canadian positions from places like Silicon Valley,” Roy Pereira, the CEO of Zoom.ai, an enterprise chatbot startup, told Axios. “That’s never happened.”

And it’s not just tech workers who appear to be drawn by the lure of the Great White North — Facebook, as VentureBeat reported earlier this month, has chosen to open an AI office in Montreal.

While that’s great news for cities like Toronto and Montreal, that’s bad news for a lot of U.S. cities who are struggling to convince Silicon Valley startups that they have the tech talent necessary to support them. Facebook’s decision to open an office in Montreal, for example, was a blow to U.S. AI hubs like Pittsburgh. Or Chicago, which has been slowly trying to position itself as a hub for fintech, could face stiff competition from Toronto, Canada’s financial center. And Waterloo, home to a top engineering school at the University of Waterloo, has already been dubbed the Silicon Valley of Canada.

Naheed Kurji, the CEO of Canadian healthcare startup Cyclica, went so far as to say what he was seeing in Canada was “reverse brain drain,” telling Axios that “Some of the most highly sought-after talent are asking, ‘What positions do you know of in Toronto?’ These are leaders in their industries in New York, San Francisco, Los Angeles, and Chicago.”

Earlier this week, I spoke with Dave Swenson, a professor of economics at Iowa State University, who has been studying the distribution of highly skilled jobs in Iowa. A preliminary analysis from Swenson and coauthor Liesl Eathington found that Iowa is slowly on track to reverse its own brain drain, simply because the state’s economy will have to demand more jobs that require advanced education and higher-level skills in order to keep up with the national average.

“There’s not going to be any big, rapid transformation,” Swenson told VentureBeat, referring solely to the transformation of Iowa’s economy. “People keep saying, ‘can we have a big, transformational [company] like Amazon?'”

Though Swenson’s research is exclusive to Iowa, it’s important to keep in mind amid the flurry of interest in Canada from U.S. tech workers. While it’s exciting news for Canadian cities, they still need to wait for a long-term shift in their economy — which could be driven handful of successful exits, or more investments from large tech companies like Facebook, for example — before they can say that their tech scene is comparable to Silicon Valley.

Or perhaps it could mean that there is indeed a magic bullet to economic development — dissatisfaction with local politics.

Correction, September 24: This post has been updated to include the correct spelling of the startup Cyclica’s name.