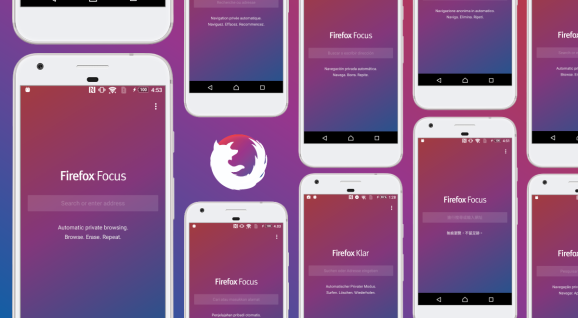 Firefox Focus is the only product to come out of Mozilla in the last few years that I can genuinely point to and say: Look, the company is doing something interesting again. I’ve been using it regularly since its debut in June, which is more than I can say for any other third-party mobile browser I’ve tried. Yesterday, Mozilla added tabs — the main feature I argued the app was missing. I’m now ready to recommend it.

On Windows, I use a bunch of browsers. Depending on the computer, I typically have Chrome, Chrome Canary, Firefox, and Edge installed. But that’s because my PC is a productivity machine, and I’m always testing something or dedicating a browser to a specific task.

Mobile is different. Although I work on the go, including handling work email, chatting with colleagues, and performing some light editing, my phone is mainly a consumption device.

As such, Chrome for Android to me is really just an app for holding an excessive number of tabs for articles I need to read and sites I need to reference. I don’t need multiple browsers dedicated to specific tasks like I do on Windows, and so any browser I tend to install alongside Chrome on my phone doesn’t end up getting used. All my tabs are already in Chrome, and everything opens in Chrome by default, so there’s never a need for a second browser. Any alternative I install is quickly forgotten.

Firefox Focus is the exception.

By default, Firefox Focus blocks many web trackers, including analytics, social, and advertising. It is therefore a browser that has two advantages: privacy and performance.

I therefore see it as my Chrome alternative for very specific use cases. If I need to quickly research something that I don’t want my significant other to see, if I need to look up a particularly thorny issue, if I need to check out a sketchy part of the web, if I need to open a site I know takes forever to load, or if I need to get around a paywall — in all those cases, I reach to Firefox Focus.

Chrome is my general browser on Android, while Firefox Focus is for when Chrome just can’t cut it. I can’t speak for iOS, but given that most Apple users probably already install Chrome anyway, it’s likely even more debatable whether you need a third browser. On Android, though, Firefox Focus has become a no-brainer to have around.

The addition of tabs removes my main frustration with Firefox Focus. I can finally keep the browser open for longer and get more done with it. To be fair, I’m not thrilled with the implementation. I would like to be able to open completely new tabs (right now you can only get more tabs by long-pressing links and hitting “Open link in new tab”), but at least it’s finally possible.

I have long argued that Mozilla should work on making tracking protection the default for Firefox. It would be an excellent way for the company to differentiate its browser from the competition.

Instead of putting Firefox on this radical road, however, Mozilla decided to launch a separate browser that does exactly that. Time will tell if that was the right decision. In the meantime, if you’ve moved on from Firefox, give Firefox Focus a shot.

Focus may just make you fall for Firefox again.