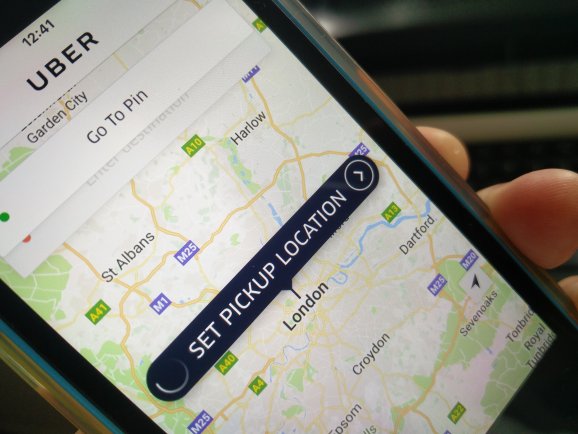 Uber has been dealt a huge blow with today’s announcement that it’s been refused a renewal license to operate in London.

Transport for London (TfL), which regulates private car services like Uber in the U.K. capital, has cited a number of reasons for its decision, the overarching one that Uber is “not fit and proper” to hold a private hire operator license.

“TfL considers that Uber’s approach and conduct demonstrate a lack of corporate responsibility in relation to a number of issues which have potential public safety and security implications,” the regulatory body said. It then listed a number of specific concerns, including the company’s approach to reporting crimes, how medical certificates are obtained for drivers, and how Uber carries out drivers’ Enhanced Disclosure and Barring Service (DBS) checks.

Another reason for the decision relates to “greyballing,” a software-based technique Uber has used around the world to identify and block officials from cities where Uber is banned. Uber wasn’t banned in London, but the technology could still potentially be used to block regulators wishing to access the service. TfL cited Uber’s approach to “explaining the use of Greyball in London” as another reason for its license being revoked.

Here is TfL’s full statement, which was issued via Twitter this morning.

TfL has today informed Uber that it will not be issued with a private hire operator licence. pic.twitter.com/nlYD0ny2qo

It goes without saying that Uber will appeal this decision — London is a major market for the company, and Uber is insanely popular across the city. The e-taxi service is the default transport option for more than three million people in the capital, and this decision will cause widespread outrage.

Uber was initially granted a five-year license in London back in 2012, but that license expired in May of this year. Rather than renewing the company’s license for another five years, TfL gave Uber a four-month extension, pending a decision on Uber’s longer-term viability and amid growing hostility on a number of fronts.

The Licensed Taxi Drivers Association (LTDA), a membership organization that represents black-cab drivers, had already threatened legal action against TfL if it granted Uber a new license. Uber, it argued, jeopardized public safety and thus wasn’t a “fit and proper” operator, though LTDA’s motivations may have had something to do with the fact that Uber has put a major dent in the local London taxi trade.

Elsewhere, the GMB trade union for public and private sector workers had demanded that TfL take action against Uber for its treatment of its drivers. In October last year, Uber lost a landmark employment tribunal case against two U.K. drivers who argued they should be treated as workers rather than as self-employed contractors. Their case, which was backed by GMB, argued that drivers should be entitled to basic rights, including holiday pay, a guaranteed minimum wage, and an entitlement to breaks.

This historic decision is a victory for GMB’s campaign to ensure drivers are given the rights they are entitled to — and that the public, drivers, and passengers are kept safe.

As a result of sustained pressure from drivers and the public, Uber has suffered yet another defeat — losing its license to operate in London. It’s about time the company faced up to the huge consequences of GMB’s landmark employment tribunal victory — and changed its ways.

No company can be behave like it’s above the law, and that includes Uber. No doubt other major cities will be looking at this decision and considering Uber’s future on their own streets. GMB will always challenge bogus self-employment and [tackle] exploitation.

This decision vindicates our campaign and should be a wake-up call to a company that has for far too long been in denial.

Though Uber’s license will technically be withdrawn as of September 30, the company can continue to operate until the courts make a final ruling. Uber confirmed to VentureBeat that it will appeal TfL’s decision, so it could be quite some time before Uber is pulled from London’s roads — and then only if the courts support TfL’s decision.

3.5 million Londoners who use our app, and more than 40,000 licensed drivers who rely on Uber to make a living, will be astounded by this decision. By wanting to ban our app from the capital, Transport for London and the Mayor have caved in to a small number of people who want to restrict consumer choice. If this decision stands, it will put more than 40,000 licensed drivers out of work and deprive Londoners of a convenient and affordable form of transport. To defend the livelihoods of all those drivers, and the consumer choice of millions of Londoners who use our app, we intend to immediately challenge this in the courts.

The timing of the decision is also interesting as it comes while the U.K. is negotiating its exit from the European Union (EU). As it looks to thrive post-Brexit, the government has been talking up its “openness” when it comes to doing business with the rest of the world — and decisions such as this one undermine the image the government wants to portray.

Brexit is already being used in thinly veiled threats by other companies that want key business-related decisions to go their way. Fox, for example, is in the process of trying to acquire the U.K.’s Sky, but the proposed deal was recently sent to regulators for assessment. Fox CEO James Murdoch pointed to Brexit as one reason the deal should be approved — in effect, the U.K. needs all the investment it can get.

Uber hasn’t revealed its Brexit cards directly yet, but it did allude to the situation in its statement regarding today’s news.

“Uber operates in more than 600 cities around the world, including more than 40 towns and cities here in the U.K.,” said Elvidge. “This ban would show the world that, far from being open, London is closed to innovative companies who bring choice to consumers.”

In many ways, TfL, which is a local government body, is caught between a rock and a hard place. On the one hand, the GMB and LTDA are powerful bodies supporting a large group of workers in the city. On the other, the government would probably like to show that the U.K. supports big American companies wishing to carry out business in its capital.