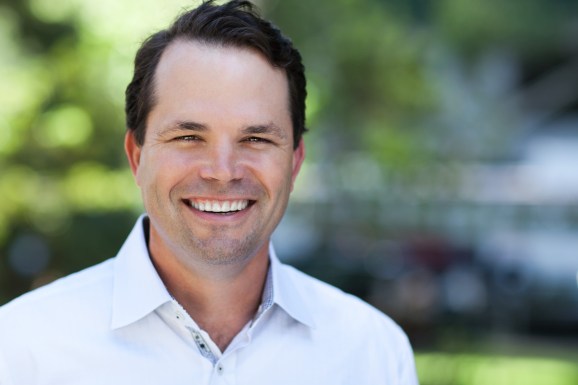 The San Francisco-based startup allows workers to communicate via voice, video, messaging, and more across various devices, providing Software as a Service (SaaS) that integrates with a number of applications and providers, including Salesforce, Zendesk, Okta, LinkedIn, Google’s G Suite, and Microsoft Office 365. Dialpad operates across nine data centers around the world, hosted on the Google Cloud Platform.

Pricing plans range from $15 to $35 a month on an annual basis, and $20 to $40 per month on a month-to-month basis. According to Dialpad cofounder and CEO Craig Walker, 65 percent of his customer base comes from enterprise-size companies, with the other 35 percent consisting of smaller businesses that use both Dialpad and UberConference.

Walker claims to have more than 48,000 paying customers using the subscription service, including Motorola Solutions, Xero, The Financial Times, Stripe, Eventbrite, and PagerDuty. He also claims more than 1.3 million active users who use the free UberConference platform.

According to the chief executive, several customer switched over from competing providers, like Skype for Business, 8×8, RingCentral, and Vonage Business.

“Microsoft just announced the deemphasis of Skype for Business and the conversion of it to a Slack competitor named Teams, where they are going to put their voice, video, and collaboration features into,” wrote Walker, in an email to VentureBeat. “Skype for Business mostly relies on a PBX in an on premise or a hosted solution. Those are both very old approaches to telecom in the era of the cloud and are in Silicon Valley years from the dark ages.”

Today’s investment is an extension of Dialpad’s Series C round, which began in 2015. “The round was structured to include a staggered investment schedule and a rolling close for investors,” wrote Walker. “The opportunity to include Bill Maris, a longtime friend and champion of the company, as an investor and advisor, was an easy decision to make.”

Maris wrote the first check to Dialpad when he was with Google Ventures (now GV) and made Walker the first entrepreneur in residence (EIR) at the firm back in 2009.

“Dialpad was one of the first investments I made at Section 32, as it embodies the type of companies we seek to invest in,” said Maris, in a statement. Based in San Diego’s North County, Section 32 was named in homage to Section 31, an intelligence agency from the Star Trek universe, of which the investor is a big fan.

Dialpad has raised a total of $70 million, to date, and will use today’s fresh injection of capital to grow the business and hire more people. The startup currently has 185 employees across its offices in San Francisco; San Jose, California; Raleigh-Durham, North Carolina; Austin, Texas; Vancouver, Canada; and Tokyo, Japan.