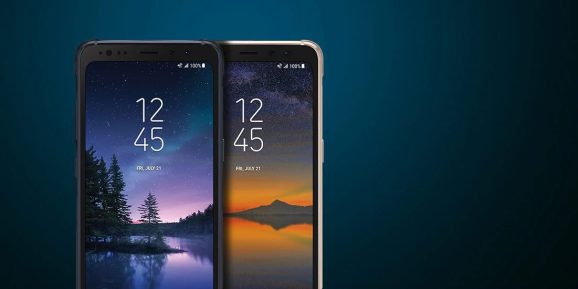 For the first time since Samsung and AT&T teamed up to offer a rugged Galaxy S variant in the form of 2013’s Galaxy S4 Active, the U.S.-only annual handset will lose its single-carrier exclusivity. T-Mobile is poised to stock the well-received Samsung Galaxy S8 Active. (Sprint did in fact carry an S5 Active doppelganger in 2014, but it was branded S5 Sport.)

According to marketing material reviewed by VentureBeat, T-Mobile’s S8 Active will, unsurprisingly, go by model number SM-G892T (AT&T’s model has an “A” at the end: SM-G892A). It should be available in the same Meteor Gray and Titanium Gold found in AT&T’s lineup, although retail release timing is not clear — with nary a mention in the usual pre-release databases such as FCC and Bluetooth SIG, it may still be months away.

The first hint that the IP68-certified S8 Active — with its 5.8-inch, 1,440 x 2,560 Super AMOLED display, Snapdragon 835 SoC, and beefy 4,000mAh battery — would be more widely available came from several sightings of yet a third model number (SM-G892U) in several certification databases. The “U” signifies a universal model, which could suggest that the eventual release may be even wider than just the two U.S. GSM network operators.