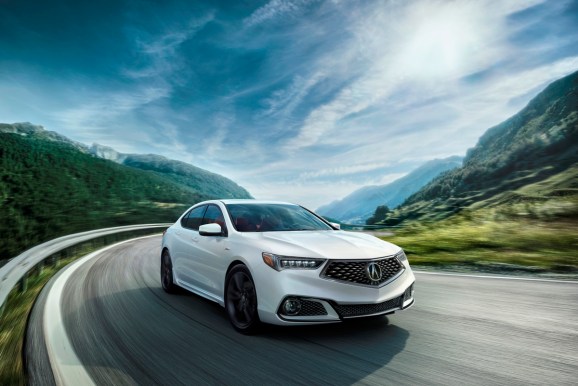 The automotive industry is no stranger to drastic changes, but none have been quite as divisive — or potentially game-changing — as the ongoing development of autonomous vehicles. Up to this point, much of the discussion has surrounded feasibility and safety. For me, autonomous driving is not so much an “if” as a “when,” so I think it’s worth beginning to discuss what it’s going to look like once it actually gets here.

Will riding in self-driving cars be more like taking a flight, where comfort and distraction are important? And what about some of the industries — like aftermarket auto parts — that currently depend on a driver’s connection to their car? How will they be affected? Some industry insiders are concerned about our self-driving future, but this type of disruption inspires necessary change and prevents complacency, especially from the aftermarket perspective.

A look at aftermarket expansion

In the current environment, it is predicted that the aftermarket industry will exceed over $1 trillion by 2022, due to owners driving their cars longer and the sheer number of vehicles on the road. However, the specter of full autonomy forces providers of aftermarket parts to proactively strategize how they will keep current customers and earn new business. Opportunities will grow as customization and leisure become central to autonomous vehicle ownership.

A study from May 2017 found that owners of newer vehicles are more likely to be interested in purchasing products that aid in their vehicle’s appearance, such as tire dressings and custom wax. The current pride that owners take in the aesthetics of their brand new vehicles will not likely subside simply because they are no longer behind the wheel.

Outfitting a home on wheels

Interests and consumer behaviors will become more clear as drivers focus on personalizing their vehicles to be an extension of themselves. Ford recently patented a traveling living room for autonomous vehicle models. If the brand moves forward with bringing this design to the mainstream consumer market, car owners are sure to outfit their in-car living rooms as carefully, and artfully, as they do the living rooms in their homes. There is the opportunity for video display screens instead of windows, more high-end sound systems, and custom seating. And, due to the nature of self-driving vehicles, custom bedding as well.

Aftermarket additions themselves will also evolve alongside driverless vehicles, forcing shops to educate their salespeople on the intricacies of advanced technology to provide the best service. Figuring out how to stock products that will catch the eye of consumers with short attention spans will also become of paramount importance, as well as offering bundled products that can work together for added convenience.

History shows what to expect from driverless tech

In terms of adoption rate, the evolution of driver safety features in the past can help us project a future timeline for autonomous driving. Remember, drivers once resisted seatbelts, and yet today active, semi-autonomous safety features such as automatic braking systems, lane departure warnings, and backup cameras are an expectation among consumers. Many drivers have accepted, adopted, and rely upon in-car technology for the very functioning of their vehicles.

Despite the possibility for positive change, it has been argued that the rise of autonomous driving will lead to the demise of many auto-focused industries. There will certainly be tremors throughout the industry as the development of driverless fleets expand. However, it is both hasty and premature to assume a wholly panicked or negative reaction at this point.

Change now or lag behind

ATMs were once predicted to be the end of banks. Video rental services were seen as the end of movie theaters. We’ve seen these industrial doomsday theories arise with countless innovations over the past century. Each technological advancement has forced adaptation from the industries affected, leading to much-needed improvement of antiquated business models.

In the automotive aftermarket space, customers were once satisfied coming into the shop for their custom parts. In our increasingly digital society, ecommerce now leads the way for purchases due to sheer convenience. Companies that were slow to provide a user-friendly online experience for aftermarket parts inevitably fell behind.

Change will not happen overnight. The time is now for members of the automotive industry to prepare for changes in supply chain, management, and overall culture. While the future of the automotive and aftermarket industries is currently unknown, one thing is certain. For those ready to change and accept the challenge, the possibility for growth is immense.

Richard Reina is the product training director at CARiD.com, an online seller of aftermarket auto parts.