Sphero has gotten a lot of mileage out of its rolling robot ball, making everything from the orb-like Sphero to the BB-8 droid from Star Wars: The Force Awakens. And now it is taking the ball and running with it (sorry about the cliché) with the new Sphero Mini.

If Sphero Mini looks like a Ping-Pong ball, that’s because cofounder Adam Wilson instructed one of his engineers to create a version of the larger Sphero Sprk+ robot that could fit inside a table tennis ball. They succeeded, and Sphero Mini is going on sale today for $50.

That’s quite an achievement, and it means people who couldn’t afford Sphero’s more expensive toys — which cost $100 or more — can now get in on the fun, Wilson said.

“We wanted to make it smaller and more affordable so that everybody could play,” Wilson said. 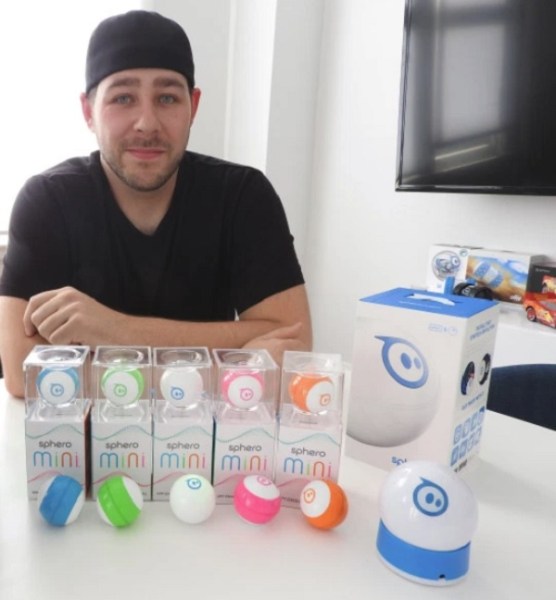 Above: Adam Wilson shows of the Sphero Mini.

You can use your smartphone to control Sphero Mini, moving it around the floor at a high speed. But it has more functionality than an ordinary ball. It can, for instance, be controlled via the smartphone to run over a bunch of cones or bowling pins, which come with it. You can control it using a touchscreen in different ways. You can slingshot it around the room or drive it around with your finger.

You can even use your face to drive it. Just point your smartphone camera at your face, and you can smile to make it go one direction or frown to make it go another way.

And it’s quite silly. 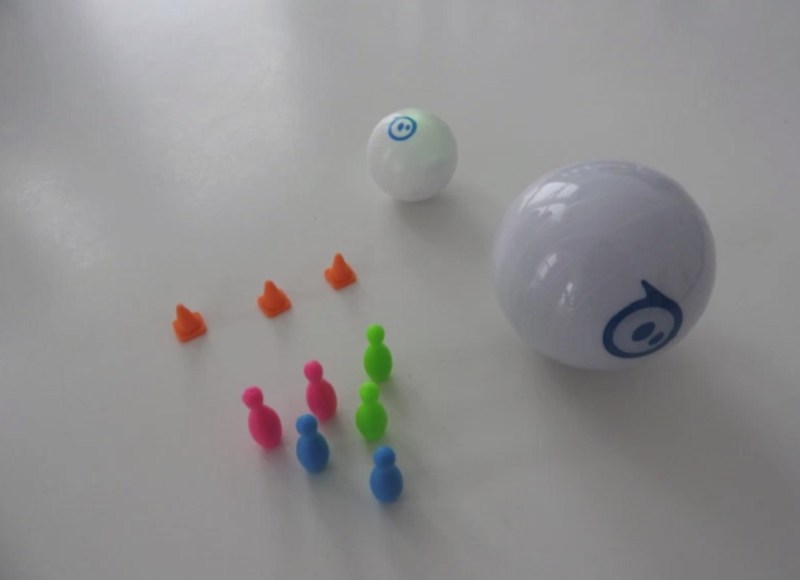 Above: Sphero Mini can knock over bowling pins.

The Sphero Mini has Bluetooth sensors. The balls are quite durable, and they are programmable.

“Tell me where you can find another $50 programmable robot that can run JavaScript,” Wilson said. “It’s a like a Gateway personal computer from 1989.”

The team worked on Sphero Mini for about a year. It came from something Wilson pitched with another engineer at an internal event where anybody in the company could pitch an idea. Wilson pitched his, and one engineer made it. Now they’ve got a bigger team bringing it to market.