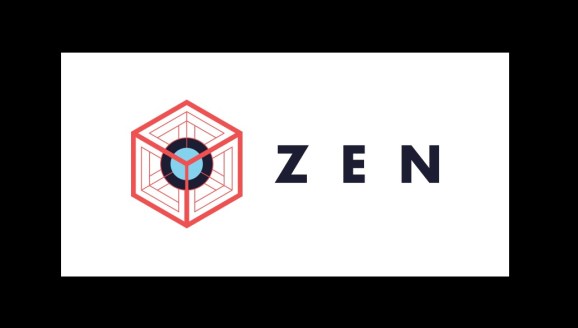 Bitcoin may be the original blockchain, but there haven’t been many ICOs built on the platform — the majority of new projects lauch on the Ethereum blockchain instead. While Bitcoin is generally still considered a better store of value than Ethereum’s currency, the Bitcoin blockchain has been less conducive to new, innovative blockchain applications.

The team behind Zen, however, wants to help Bitcoin maintain its dominance as digital gold while enabling it to benefit from new technological advances.

I regularly watch emerging blockchain projects, and Zen (not to be confused with the other Zen behind Zencash) is one that seems to deserve a closer look. It has stayed under the radar until recently and is now onboarding beta testers, which is quite unusual for a project that hasn’t held its token sale yet (Full disclosure: I am not associated with Zen or any other projects I write about).

Zen has spent the last year building a new blockchain to support a “marketplace” that will enable Bitcoin holders to “issue, trade, and invest in stock options, futures, digital currencies, ETFs, exotic derivatives, CFDs, and other financial instruments.”

The Zen blockchain runs in parallel to Bitcoin, sort of as a sidechain, and integrates into it. This gives Zen the freedom to develop its platform independently of any changes made to Bitcoin while at the same time being able to adopt and implement any changes it believes would be beneficial.

While Zen is a blockchain for finance, it doesn’t aim to compete as a better form of currency than Bitcoin, the team says, since it considers Bitcoin highly optimized for that role. Rather, Zen’s platform will facilitate complex financial agreements through the use of smart contracts. (Bitcoin doesn’t natively support smart contracts, which is why the majority of blockchain app startups are launching on Ethereum instead.)

By running parallel to Bitcoin, Zen channels compensation to Bitcoin miners for executing contracts without competing with Bitcoin for computational resources. So down the road the team sees Zen complementing Bitcoin and helping it scale, taking some of the transactional loads off the Bitcoin chain, which is struggling with long transaction times and high fees (currently on par with the average wire transfer fee).

So why build a blockchain from the ground up to bring smart contracts to Bitcoin when Ethereum already does them so well? As a blockchain specializing in finance, the Zen team believes it can do better than Ethereum in that arena. On Ethereum, all smart contracts need to spend a bit of “gas” to execute. Contracts can run out of gas, too, meaning they stop before they finish running, which is a common cause of frustration for both users and developers. Zen’s smart contracts, however, are guaranteed to always finish without failing. They also never use more resources than they say they will, which eliminates the need for gas entirely. The fact that Zen allows its miners to get to know the amount of computation a contract requires before actually verifying it also makes contracts extremely fast to execute compared to Ethereum’s.

Say you want to pay some Bitcoin for an insurance policy in case your flight is delayed or cancelled. You set up a smart contract that specifies the date, flight number, and any other conditions, and then select one or more oracles you trust. This could for example be the FlightAware Flight Status API or another similar provider. Next, the smart contract automatically receives information from its oracles and if the conditions are met, it ensures instant payout to you.

There are a couple of other players looking to bring smart contracts to Bitcoin. Rootstock (RSK) is a Bitcoin sidechain that has gotten quite a lot of media attention. Like Zen, the RSK team wants to help Bitcoin become smarter and scale better. But RSK’s smart contract capabilities are closely based on Ethereum’s, whereas Zen’s platform was built from scratch and more closely resembles Bitcoin’s architecture.

Lightning Network developer Tadge Dryja has also come up with a way of adding smart contracts to Bitcoin, which focuses on privacy and scalability rather than functionality. Dryja released a paper on the solution, named Discreet Log Contracts, back in June, but the project hasn’t progressed much beyond that paper as far as I know.

The Zen token is required to create smart contracts, but you can use the contracts and pay transaction fees with any asset. Allowing users to transact with their Bitcoins or other assets rather than requiring them to purchase an additional token is a new and welcome approach and demonstrates that the founders aren’t looking for a quick price pump but are playing the long game.

The team is building the appropriate APIs and SDKs to allow third parties to develop on the platform but will also be developing products and user interfaces for a mainstream audience. They have a demo available for and are currently onboarding beta testers. This demo is actually running live on a test net and serves as an interface to the protocol, showing some of the details the tech-heavy team has been working on over the past year.

Zen has received some interest from the Bitcoin community but other than that has gotten little attention so far. The Israel-based team is a mix of developers and crypto veterans, with Doron Somech, cofounder and previously CTO of award-winning technology company Leverate, probably the most notable member. The company hasn’t yet announced a date for its token sale but has said it will be happening in “the near future.” The sale will require Bitcoin to enter.

Trond Vidar Bjorøy is head of product development and implementation – Nordics at travel management company ATPI. He became interested in blockchain due to its applications in the travel industry but now tracks ICOs and emerging blockchain projects across a variety of industries.