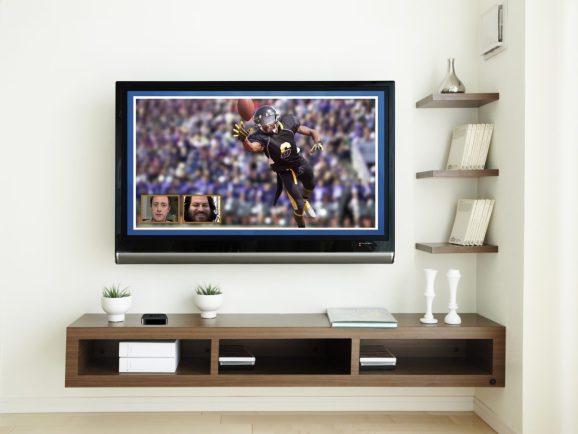 Artificial intelligence, the major plot device in countless sci-fi films, is making it big in the entertainment industry. Recent breakthroughs in artificial intelligence and machine learning are helping Hollywood get even smarter about how it captures an audience, and the implications for your entertainment are staggering. In the brave new world of big data, neural networks, and human-computer interaction, there’s always something good on TV.

You’ve probably seen the terms “artificial intelligence” and “machine learning” used interchangeably. The former concept has its roots in the earliest days of computing, when the idea of a self-teaching and self-programming computer was first postulated. Hollywood became obsessed with the concept, putting forth classics like The Terminator, WarGames, Blade Runner, and The Matrix. We haven’t reached our promised dystopian future just yet, but computer scientists are closer than they’ve ever been to realizing true AI.

Big steps forward in natural language and image recognition have allowed computers to sort through exabytes of user data. The computers use these caches of big data to learn how to interact with users and optimize digital experiences. Tech giants like Google, Facebook, Amazon, and Apple push the tech further each year, and now routinely use uploaded photos, social media profiles, and web activity as massive data pools.

The entertainment industry gets smarter

Will artificial intelligence transform the entertainment industry? It already has. Entertainment leaders like Netflix tap into these massive pools of viewer preference data to build algorithms that recommend new viewing material, and these algorithms leverage AI to learn what you’ll enjoy most. The process improves every year, and many users have no idea that the technology even exists.

Netflix’s algorithms are enormously complex, offering selections based on your viewing history, the time of day, and even the places on your screen that get clicked most frequently when you search for your next binge-watch. When you click through the “Because You Watched” row, a video-to-video similarity algorithm compares everything in the Netflix library. Scrolling through specific genres automatically ranks titles based on a personalized video-ranking algorithm. There’s even an algorithm to track short-term trends to find the next cult classic. All of these algorithms work in perfect harmony to deliver you to 1.5 hours of entertainment bliss.

The titles displayed on your home screen don’t come preprogrammed. Each person’s Netflix landing is unique, and the more you browse, the smarter your personal Netflix robot gets. Netflix’s AI uses your viewing profile data to enhance future suggestions, which helps with retention; the company estimates that its algorithms save over $1 billion a year by keeping customers hooked. This kind of revenue generation has launched the tech world into a veritable arms race to improve AI functionality, bringing us closer and closer to true artificial intelligence.

Thanks to Siri, Google Assistant, Cortana, and Alexa, humans now engage with their future robot overlords on a daily basis. Human-computer interaction is a burgeoning new frontier for the application of AI, and it’s a big part of the newest home entertainment tech.

In the stone age, we waited for DVDs to arrive in the mail or trudged through the snow to our local Blockbuster, but today’s viewers spend an average of just 60 to 90 seconds looking for something to watch. Online streaming services have become the default for a rapidly growing audience, and traditional TV channels are now streaming online to stay relevant. AI algorithms on major cable networks like HBO will likely recommend new shows in the same way that Netflix connects viewers to its library of titles, granting customized entertainment to a majority of viewers across all networks and providers.

Human-computer interaction is already redefining the DVR, the supercomputer of your home entertainment system. For example, Dish Network’s Hopper DVR is compatible with Alexa for voice recognition, letting you request your favorite episode of Black Mirror while you’re cooking dinner. The next generation of DVRs may even leverage machine learning to record shows based solely on your viewing preferences, eliminating the need to search for anything at all.

AI takes over the world

The possible applications of artificial intelligence look limitless. Recently, the creators of last year’s science fiction film Morgan asked IBM’s Watson to analyze 100 horror movie trailers and use the visual and audio data to select scenes for the trailer — saving hours of time and input for human editors. AI is being given creative control in everything from journalism to advertising, slowly replacing human elements in all types of media.

Soon, AI may be the framework for user-customized virtual reality experiences, interactive programming, and new methods of postproduction. The technology is making big waves in the industry. “If you can teach someone your job in three days, it will be automated [via machine learning],” says Philip Hodgetts, founder of two startups leveraging artificial intelligence in entertainment.

AI could affect much more than your Netflix home page. The prevalence of big data in nearly every sector means the technology can be used to improve just about everything we interact with on a daily basis. This new age of integrated AI is right around the corner, and most of us have already contributed our own data to the equation. Health care, global climate change, transportation, and scientific discovery are all transforming with the help of AI and ML, and yes — the revolution will be televised.

Alice Williams is a freelance writer who specializes in tech and business.