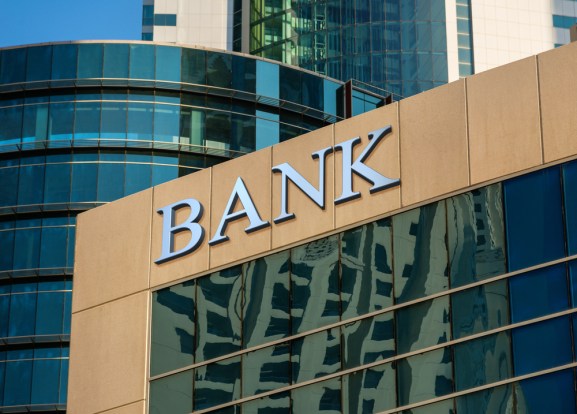 The worldwide consumer credit industry is primarily controlled by a few organizations that profit from the process of lending and — according to many — are responsible for the state of consumer and student debt.

In fact, in the U.S., $1.1 trillion — one-half of all the consumer credit issued — is currently controlled by six of the largest banks.

Today Celsius — an Ethereum-based lending platform — has announced its plans to disrupt this industry by enabling peer-to-peer instant loans. The idea? Replace the big banks and their fees with funds from friends, colleagues, and other Ethereum token holders.

Celsius founder Alex Mashinsky describes the reason why he was drawn to blockchain technology as the basis for a new way of lending.

“In a bank or centralized system like LendingClub, the organizer makes most of the profits,” Mashinsky said. “Banks take our deposits and pay us less than 1 percent and immediately lend it out for 25 percent or more to our neighbor’s credit cards.”

A tech entrepreneur who holds more than 30 patents, and who has raised $1 billion in funds with more than $3 billion in exit deals, Mashinsky saw a better way forward.

“The main advantage the blockchain brings is the ability for a membership organization to issue peer-to-peer loans where all the profits are distributed via higher interest paid that is paid to lenders and lower interest rates that are charged to borrowers,” Mashinsky said.

Before blockchain technology, achieving this peer-to-peer lending platform would be a costly affair.

“The cost of maintaining a ledger and following the transactions is too high — it’s a third of all profits,” Mashinsky said. “Another aspect of this is the cost of acquiring new customers: Traditional platforms cost between $200 and $500 to add a new customer. The blockchain represents a movement with very passionate members who recruit their friends and family to expand the reach of the global platform and so the cost of acquisition is measured in single dollar amounts.”

“We offer members the chance to get paid high interest when they have a positive balance in the wallet and give them access to a credit line with low interest when they run out of cash at the end of the month,” Mashinsky said. “This way they only pay the difference. No bank will do that because their goal is to maximize their profits.”

Celsius is offering its users a variety of services and features. In addition to peer-to-peer lending, it provides a digital credit score. This is an essential element in any lending system, of course.

“We use both traditional and social sources of data to score applications,” Mashinsky said. “Unlike banks or other lending institutions, we give about equal weight to your social graph and your network of friends as we do to your FICO score. We believe millennials are unjustifiably penalized by old-school methods and are deprived of credit and an equal chance to move up the social ladder.”

And for applications that have no credit score, Celsius has a “vouching” system that is — in many ways — a globalized version of the old “credit guarantee” approach.

It is the global nature of Celsius that makes it particularly attractive. Whereas banks are typically regulated on a per-country basis, with localized rules of engagement, Celsius is a global solution. Borrowers can leverage guarantors from all over the world, and these individuals can vouch for them, join their digital wallets, and expand their credit limits, as well as lowering their interest payments.

Finally, Celsius provides insurance so that if the borrower defaults, Celsius covers the portion of the principal loan amount for the lender and is responsible for recovering the money owed to the lenders.

“Defaults are handled via traditional collections and via the vouching network, putting pressure on lenders to pay back,” Mashinsky said. “Everyone starts with small loans, so we use that to cleanse the network from bad actors and increase the loan and network effect with the remaining good actors. This way we expect a much lower loss factor than traditional lending platforms.”

Celsius will hold an ICO for its Degree token in January 2018. However, the company has just initiated its pre-sale of $30 million from accredited investors. Celsius has added many notable names to its advisory, partner, and investor groups, including serial entrepreneur Jeff Pulver, cofounder of Vonage; Chris Dannen, founder and partner of Iterative Capital Management; Ismail Malik, founder of BlockchainLabs; Lou Kerner, an influential writer; and Miko Matsumura, founder of Evercoin.

During the ICO, users will be able to join the platform with a small purchase of Degree tokens. The money collected in the ICO will be used to form a general pool of funds, with other reserves coming from accredited investors to cover development costs and any initial losses and create a base of capital lending for the organization. The token, however, will be used as a utility or membership token, rather than for security or trade. Upon joining, members will be issued a smart contract with a credit limit and low-interest rate within minutes of applying.

Blockchain technologies have mainly focused on the cryptocurrency marketplace, but the application of this technology in the banking world has sparked many discussions regarding how banks will react to the march of progress, and what they might do to maintain control over the banking ecosystem.

“We believe banks will need to adjust drastically to compete with crypto-based solutions,” Mashinsky said. “The blockchain is a global phenomenon that cannot be easily stopped or regulated, and it represents a new paradigm shift for the financial industry. We see this as the third wave of the internet, which will restructure and force the reinvention of almost every financial process we are used to today.”

Mashinsky believes, naturally, that traditional banking systems and organizations will struggle in the wake of blockchain technology.

“The blockchain destroys traditional borders and regulatory barriers and replaces them with systems that do what is in the best interest of its members,” Mashinsky said. “Therefore, we expect 90 percent of profits from traditional banking and lending operations to evaporate over time as the broad population adopts these new offerings.”

Whether that bold claim comes true is yet to be seen, but one thing is clear. Blockchain technology is not just a way to streamline existing banking systems. It is potentially a way to replace the status quo completely, and solutions like Celsius are an early step in this direction.