Snapchat is today rolling out a new feature that will display context-specific data on top of users’ snaps.

The aptly named context cards serve as an information overlay that varies depending on the content of a Snapchat post. For example, someone may send you a picture of a plate of food they’re currently devouring and add a geofilter to the image detailing where exactly they are.

Now the recipient will be able to swipe up on any such snap to look at detailed information such as hours of operation, contact details, maps, directions, reviews, and more. The feature is underpinned by integrations with third-party services such as Foursquare, Tripadvisor, Goop, and Michelin. 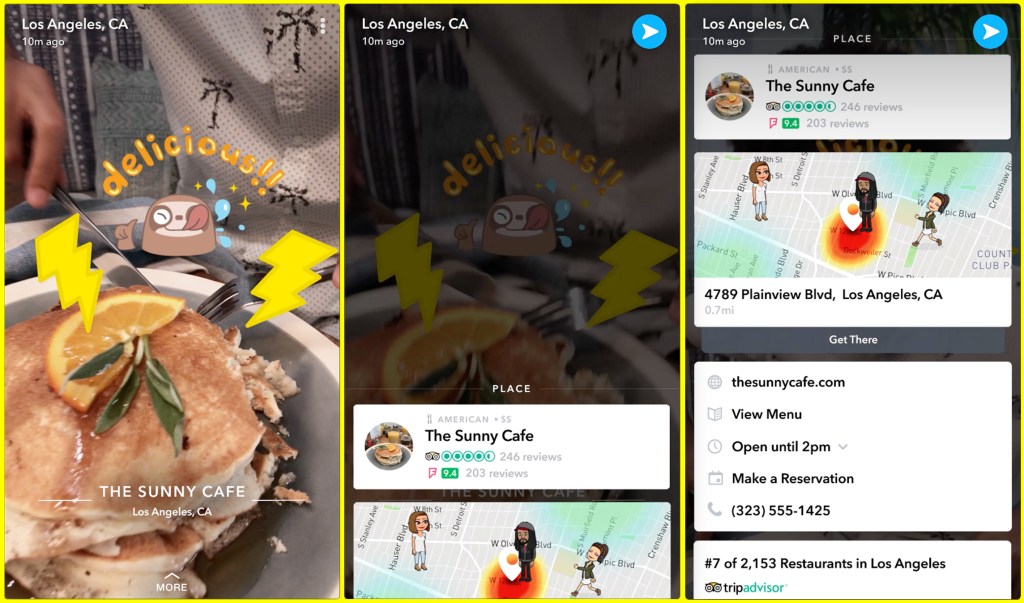 Snapchat will also make it easier to book ride-hailing services such as Uber and Lyft — when you click on directions, for example, you’ll be presented with an option to book a car. Or if you want to make a restaurant reservation, it may throw up Bookatable as an option. Additionally, some locations will have Snapchat Stories integrated directly into the context cards, meaning users can view photos or videos submitted by other users from locations that you’re thinking of visiting yourself.

For launch, context cards will be available in the U.S., U.K., Canada, Australia, and New Zealand on both Android and iOS. The company also noted that it will expand context cards to include more third-party services in the future.