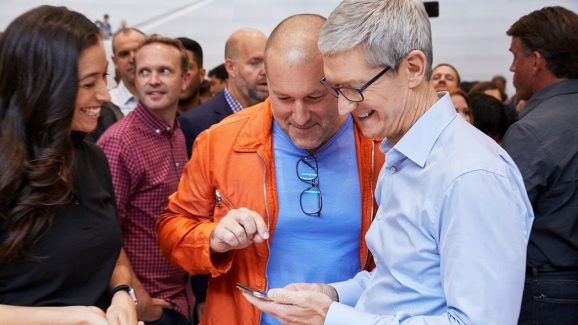 Preorders for the iPhone X start this Friday. And that should provide some clues for investors who have been holding their breath to see what impact the unusual rollout of Apple’s new flagship smartphone will have on consumer interest and sales.

In recent years, under the leadership of CEO Tim Cook, Apple had fine-tuned a rhythm for rolling out its new iPhones: Hold big splashy launch event near the start of September; start shipping new iPhones later that month. Investors and consumers were conditioned to a degree of predictability that allowed them to comparison shop and set expectations around sales.

This year, Cook threw that playbook out.

The iPhone 8 and 8 Plus went on sale in late September, as usual. But the pricey iPhone X would not start preorders for another month. That may have been driven more by necessity than choice, given there were numerous reports of problems with components and production. Still, it was a departure from recent tradition, and a big one.

In addition, Apple continued to sell a far wider range of older models than it typically does after new iPhones are released, and at deeper discounts. Apple execs didn’t really explain why they did this, though analysts have been clamoring for “cheaper” iPhones for years. With Apple Services exploding, there’s some logic to placing a bit more emphasis on market share. And with Apple struggling against cheaper smartphones in China, having a bigger choice might help sales stabilize in the region.

Still, this move introduced two unknowns to the upgrade cycle. The result, according to this story from Reuters:

That’s completely logical, given that there weren’t radical changes between the 7 and 8. This would also seem to be bad news for Apple earnings in the quarter ending September 30 (Apple’s Q4 2017) and the current Q1 2018 that ends December 31. The new phones tend to only be on sale the last week or two of Q4, so they don’t have a huge impact on earnings. Apple reports Q4 2017 earnings on November 2, so we’ll know more then.

Still, if the new iPhones didn’t stoke impact and consumers are buying much cheaper iPhones, that would have some impact, no?

Even worse, that sluggishness, according to Reuters, is carrying over to this quarter. Apple will have at least one month in Q1 2018 in which consumers are favoring a cheaper phone. And, based on previous reports, when the iPhone X does go on sale, it’s going to be constrained in terms of availability. This could spell trouble for the holiday quarter, always Apple’s biggest.

It remains to be seen just what kind of demand exists for the iPhone X. A survey from brokerage firm Bernstein said that while people are curious about the new iPhone, the intention to buy one is much lower.

“The excitement surrounding the iPhone X appears to be magnitudes higher than actual purchase intent — 48 percent of respondents agreed/strongly agreed that they were ‘excited for the iPhone X’,” Bernstein wrote in a report obtained by Reuters.

Of course, there may be such limited supply that even with lower demand, Apple will be able to say its inventory is sold out. And when Q1 2018 earnings are disclosed in late January or early February, Apple will likely say that it can’t meet all the demand, whatever that demand actually is.

If people really are choosing the discounted iPhone 7 over the new models, that could have a big impact on the company’s holiday revenues. The question will be: Can Apple make and sell enough of the high-end iPhone X to keep the overall average selling price from dropping too much?

The good news for Apple is that investors generally cut the company a lot of slack. The stock continues to trade around record highs, even amid this uncomfortable uncertainty. Investors want to believe, and given the company’s track record over the past decade, they’ll continue to believe until there is absolute proof that something has gone off the rails.

But when preorders start Friday, investors should be able to start balancing their faith with some facts. And we’ll see whether one of Cook’s biggest gambles was worth the risk.