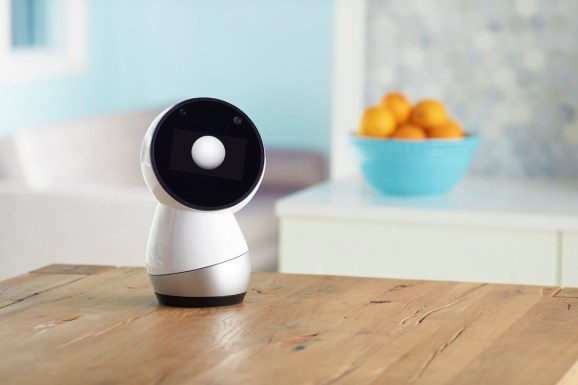 More than three years after the start of Jibo’s crowdfunding campaign, the social robot that raised more than $3.5 million on Indiegogo is coming to market within the next several weeks. Today, the company published a press release stating that Jibo is now available for public preorder at $899, with a ship date of November 7.

“Today’s announcement marks a major milestone for our company and the history of robotics, and we’re so excited for consumers to welcome this charming, helpful, and humble little guy into their homes,” CEO Steve Chambers stated in a press release. The announcement also states that Jibo’s software developer kit will be available in 2018 and will allow developers to “create applications that go beyond the traditional flat screen into a unique 3D environment, leveraging Jibo’s body movement, screen animations, and voice.”

Jibo, dubbed “the world’s first social robot for the home,” uses speech and facial recognition to remember both your face and your voice. And many of the skills advertised on Jibo’s website — the ability to tell jokes, stories, remember your likes and dislike, and ask you questions — reinforce the idea that Jibo is meant to be a companion, not just a robot assistant.

Founded by Cynthia Breazeal, director of the Personal Robots Group at the MIT Media Laboratory, Jibo had a projected ship date for backers of fall 2015. In a 2016 Indiegogo update to backers, Chambers listed a number of issues the team was still working to address, such as latency (the fact that Jibo would crash after being configured with some routers) and difficulty some users had expressed in communicating with Jibo, particularly when it came to understanding what skills Jibo was enabled with. A Jibo spokesperson told VentureBeat that ” this program is complex, and building and hardening the platform of Jibo…simply took more time to meet a standard we’d set for consumers.”

According to Indiegogo comments, Jibo started shipping units to early campaign backers in September, and the company tells VentureBeat that more than 2,500 backers have already received their units.