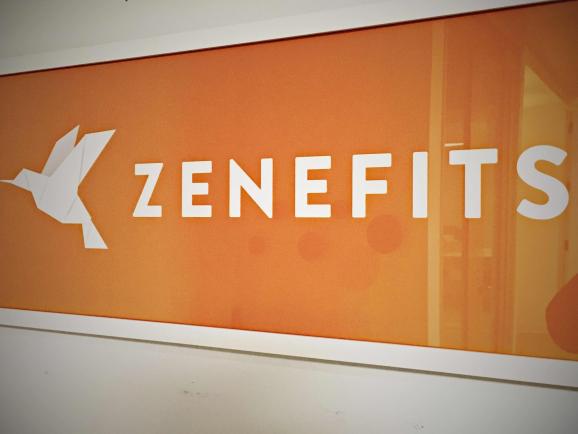 (Reuters) — Silicon Valley business software startup Zenefits and its cofounder Parker Conrad have been fined nearly $1 million by the U.S. Securities and Exchange Commission as part of a settlement over charges that they misled investors.

Zenefits will pay a $450,000 penalty and Conrad, who resigned as the company’s chief executive in early 2016, will pay more than $533,000 to settle charges that the company lied about its compliance with state insurance regulations.

San Francisco-based Zenefits and Conrad consented to the SEC’s order without admitting or denying findings that they violated federal securities laws.

“This settlement closes the chapter on a journey we began 18 months ago to transform Zenefits through new values and leadership,” said Josh Stein, general counsel at Zenefits.

Conrad, 37, who has since founded a new software startup, Rippling, said he was pleased to have reached an agreement with the SEC.

“I‘m incredibly proud of what we built there and grateful to have worked with such a talented group of people,” Conrad said of Zenefits.

The SEC found that Zenefits made “false and misleading statements and omissions” related to compliance with insurance regulations in California, Washington and other states while fundraising from investors.

Zenefits first publicly revealed last year, after raising a $500 million round from mutual fund Fidelity Investments and other investors, that its employees had sold health insurance without proper licensing.

Zenefits makes software for businesses to automate their human resources services, such as payroll and benefits. It previously acted as a health insurance broker and charged broker fees, although last month it announced that it had scrapped that business and changed its revenue model.

In its quest for growth, Zenefits failed to properly manage employees and took shortcuts, the SEC said in its order. For instance, it said, Conrad created a computer program that allowed employees to complete California licensing education requirements in fewer hours than the law required.

Last year, in a concession to investors, Zenefits slashed its valuation by more than half to $2 billion from $4.5 billion. As part of the agreement, investors agreed not to sue Zenefits.

It also last year set about improving internal controls to ensure employees complied with insurance laws, including mandated education courses and ethics training. It has settled with regulators in 50 states, most of which fined Zenefits.