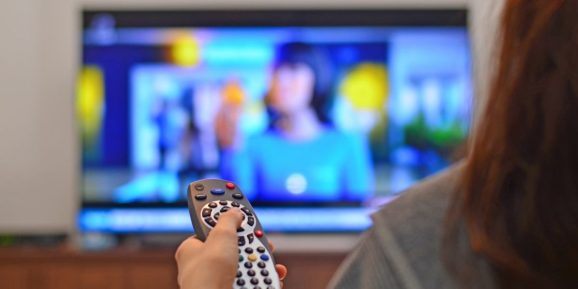 Artificial intelligence is changing almost every aspect of modern life, and the television advertising industry is no exception. Thanks to more advanced methods of data collection, AI allows advertisers to tailor their content more effectively to relevant demographics through what’s called “programmatic TV advertising.” This advertising channel is set to be largely impacted by AI in coming years. The ad technology has been around on online platforms for a while and is now taking over the small screen. With this relatively new tactic and advanced AI capabilities, television advertisers can reach a whole new level of personalization in their attempts to reach viewers. Let’s explore where this new AI-influenced advertising comes from and how it works.

Generally, advertisers rely on the ratings of different TV shows to figure out which audiences to target their ads to. These ratings include insight into the age, ethnicity, gender, economic status, and location of people viewing ads. Television networks use this information to sell ad space to different companies ahead of time. For example, if the typical audience of a television show such as The Big Bang Theory is males between 18 and 39, networks would sell that ad space to companies looking to advertise to the same demographic. This form of advertising has worked for many years, but as consumers become more accustomed to advanced personalization from web platforms like Amazon and Netflix, TV advertisers will have to follow suit. This is where AI-powered programmatic strategies could be a game-changer.

Today, networks and companies can use superior data and digitization to optimize a traditionally manual process. Programmatic advertising is already used in online advertising. Programmatic sales lead of EMEA at LinkedIn Programmatic, Kenneth Kulbok, says, “Put very simply, programmatic is buying digital advertising space automatically, with computers using data to decide which ads to buy and how much to pay for them, often in real time.” In short, AI programs draw from data pools to make decisions about where and when to buy or sell ad space according to demographic and cost-versus-benefit information. Essentially, your TV can learn about your habits in the way your web browser already does, allowing advertisers to present you with ads based on that information — so you’ll see fewer repetitive ads that you don’t care about. This means you and your neighbors may all be watching the premiere of The Walking Dead but seeing different ads based on your unique interests.

Thanks to programmatic TV advertising, advertisers can know how many people have viewed their ads, where these viewers are located, and what their viewing history looks like — with information updating by the minute. They’re also able to get more accurate data about an ad’s cost per impression (CPM, or the cost for each 1,000 people who see the ad), allowing for more relevant and cost-efficient targeting.

The future of programmatic TV

Programmatic TV is still in the early stages of development, so it’s not a foolproof system yet, but it’s already improving the specificity of ad targeting. That said, implementation of programmatic TV is still held back by networks not wanting to adopt this new system of selling ad space, especially with bigger networks that have established relationships with ad buyers. Additionally, digital marketers believe the fraud rates in programmatic advertising are five times the amount they see as acceptable. Still, smaller networks, such as cable networks, may benefit from programmatic advertising more than larger networks, since they have a greater need to increase their ad revenue. Right now, only a small segment of TV inventory is sold programmatically, as there’s not necessarily enough trusted data advertisers and media partners can access.

Television advertising is big business — it generates around $80 billion of revenue every year, so advertisers and television service providers that use programmatic TV advertising have a lot to gain in terms of CPM and profit. For brands, getting a higher return on their marketing investment by adopting more automated methods of demographic assessment is a no-brainer. We can expect to see artificial intelligence playing a larger role in TV advertising as time goes on. With programmatic TV, the days of advertisers relying on Nielsen ratings and estimations could soon be a distant memory.

Allie Shaw is a freelance writer who specializes in consumer technology and connectivity topics.