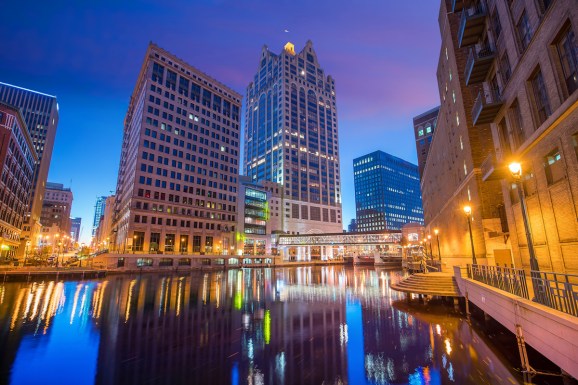 Life insurance and financial planning giant Northwestern Mutual announced today that it is creating a $5 million early stage venture capital fund to invest in startups in its hometown of Milwaukee. Called the Cream City Venture Capital Fund, it will grant selected early stage startups between $100,000 and $250,000.

“What we’re trying to do here is, regardless of industry, look to partner with companies in the greater Milwaukee area that are leveraging technology to solve big problems and that we think can create the next generation of great companies here,” Northwestern Mutual’s venture partner, Craig Schedler, told VentureBeat in a phone interview.

Milwaukee metropolitan area startups received $44.8 million in venture capital funding in 2016, according to the NVCA. While the city is home to five Fortune 500 companies, including Northwestern Mutual, those big players haven’t always been willing to partner with startups.

Troy Vosseller, cofounder of Wisconsin accelerator Gener8tor, told VentureBeat in a phone interview that when he launched the accelerator’s Milwaukee program in 2011, there were no corporate venture capital funds in the city. Now he estimates there are three. Since 2013, Gener8tor has also managed a conference series called OnRamp, which brings together corporate leaders with investors and startups to discuss potential partnerships. (Northwestern Mutual has participated in OnRamp events).

Matt Cordio, founder of Startup Milwaukee, said that he feels corporations have started to reach what he calls “level two engagement” with startups over the past couple of years. (Northwestern Mutual is a sponsor of one of the organization’s events, Startup Week Milwaukee). Rather than simply looking for startups to poach talent from, Cordio says that corporations have shown an increasing interest in partnering with startups to develop products, with the idea of then becoming that startup’s first customer.

“We need to do a better job of telling people why they should start companies in Milwaukee, and I think a compelling reason to do that is actually the fact that we have these companies like Northwestern Mutual that are willing to engage not only in venture capital, but also invest time and resources and develop really meaningful partnerships with startups,” Cordio said in a phone interview with VentureBeat.