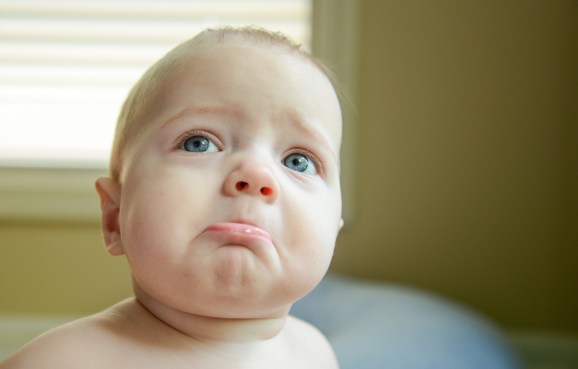 While it’s hard to measure such things precisely, a pretty good argument can be made that 2017 is Silicon Valley’s crappiest year on record. And the global tech hub has only itself to blame.

One could point to the bursting of the dot-com bubble in 2000 — which tanked the U.S. economy for several years — as another frontrunner for this title. But even that turned out to be only a temporary blip on the Yellow Brick Road of tech euphoria.

No, what’s happening now feels like a fundamental shift in our perception of the role technology plays in our lives and the ways Silicon Valley, specifically, promotes and fosters it. Perhaps because I live outside the U.S. I feel this more acutely. Still, the drumbeat of tech headlines that have dominated 2017 has cast Silicon Valley in an intensely negative light.

The result is something far more than just a PR headache. This shift in attitudes has sparked a call to curb the free rein governments have granted this industry in hopes that innovation would drive economic growth and prosperity.

The sins feel almost too numerous to list. Still, maybe we could start with the most fundamental: cybersecurity. The push toward cloud-based computing has its own internal logic in terms of cost savings and convenience. But the drive to put every scrap of personal data online has made these targets so valuable that nation states and criminal organizations alike have invested huge amounts of money in pursuit of stealing them. And the systems designed to foster this growing connectivity of everything have failed to keep us protected.

This year, we got Equifax announcing 143 million accounts compromised and Yahoo bumping the number of email accounts hit from 1 billion up to 3 billion. Computer viruses that threaten to inflict real-world consequences have come on the scene, leading the Electronic Frontier Foundation to call for reforms to laws and legal liability around cybersecurity.

Then there is the basic bro culture nourished by Silicon Valley. A festering hive of male-dominated mores has resulted in multiple accusations of sexual harassment against leading Valley figures. From Uber’s Travis Kalanick to 500 Startup’s Dave McClure to, more recently, tech evangelist Robert Scoble, this year has brought a growing wave of sexual harassment revelations. I suppose it’s progress of sorts that such stories are coming to light. But the number and frequency of such revelations, coupled with the continued low numbers of women and minorities in the tech economy, point to something rotten and seemingly resistant to change at the industry’s very core.

The decades-long failure to address such internal woes seems to be mirrored in the way many of the largest companies turned a blind eye to the impact they were having on political corruption and the spread of misinformation. There is a definite head-buried-in-sand quality here. Since the election of Trump last year, we have started to learn in greater detail just how platforms like Twitter, YouTube, and Facebook were abused and manipulated, particularly by Russian-backed groups. And that’s just one piece of the larger incentives these platforms have unwittingly created for the spread of “fake news” and propaganda, hate-filled racist rhetoric, violent terrorist content, and general trolling and harassment and abuse.

Writing in the New York Times this weekend, Kevin Roose noted that Facebook has facilitated the spread of propaganda and misinformation that helped catalyze the ethnic cleansing of Rohingya Muslims, an ethnic minority in Myanmar.

“Violence against the Rohingya has been fueled, in part, by misinformation and anti-Rohingya propaganda spread on Facebook, which is used as a primary news source by many people in the country. Doctored photos and unfounded rumors have gone viral on Facebook, including many shared by official government and military accounts,” Roose wrote. “The information war in Myanmar illuminates a growing problem for Facebook. The company successfully connected the world to a constellation of real-time communication and broadcasting tools, then largely left it to deal with the consequences.”

Each of the implicated social media companies has announced initiatives to tackle such problems. And yet there’s a feeling that they have been slow to acknowledge their role and are only doing so now to combat a public backlash. Excuses that they are “neutral” platforms cloaked in the protections of free speech have started to wear thin. Columbia Law School professor Tim Wu recently wrote a New York Times piece in which he called for great scrutiny of these platforms: “No defensible free-speech tradition accepts harassment and threats as speech, treats foreign propaganda campaigns as legitimate debate, or thinks that social-media bots ought to enjoy constitutional protection. A robust and unfiltered debate is one thing; corruption of debate itself is another. We have entered a far more dangerous place for the republic; its defense requires stronger protections for what we once called the public sphere.”

Such issues have led to calls that the U.S. require disclosures on political ads on these platforms. This week, several social media companies will be testifying before Congress on the role Russia played in the U.S. presidential election last year. But these companies have responded to calls for reforms by lobbying to halt such efforts, all while proclaiming their efforts to curb abuses on their platforms. Meanwhile, a report this week from the Swiss-based World Economic Forum warned that if these companies didn’t shape up, they would soon see a wave of new government regulation.

Hovering over all these separate problems, however, is the growing fear surrounding the size and power of the five biggest U.S. tech companies: Amazon, Apple, Facebook, Alphabet/Google, and Microsoft. The concern is that these five giants are suffocating rather than inspiring innovation. Writing in TechCrunch, columnist Jon Evans wondered if we had reached the “end of the startup era.”

“We live in a new world now, and it favors the big, not the small,” Evans writes. “The pendulum has already begun to swing back. Big businesses and executives, rather than startups and entrepreneurs, will own the next decade; today’s graduates are much more likely to work for Mark Zuckerberg than follow in his footsteps.”

Over the weekend, John Naughton called in The Guardian for “a 21st-century Martin Luther to challenge the church of tech.”

A new power is loose in the world. It is nowhere and yet it’s everywhere. It knows everything about us — our movements, our thoughts, our desires, our fears, our secrets, who our friends are, our financial status, even how well we sleep at night. We tell it things that we would not whisper to another human being. It shapes our politics, stokes our appetites, loosens our tongues, heightens our moral panics, keeps us entertained (and therefore passive). We engage with it 150 times or more every day, and with every moment of contact we add to the unfathomable wealth of its priesthood. And we worship it because we are, somehow, mesmerised by it.

Europe has already been more aggressive in addressing these issues, passing more aggressive privacy protections, investigating tax evasion, and demonstrating its willingness to bring anti-trust cases against companies such as Google. U.S. tech companies have insisted that such moves are “anti-innovation” and sought to vindicate themselves by pointing to the jobs they have created in Europe and the positive economic impact they believe has been the result.

But those arguments are proving less-than-persuasive in Europe, and it seems sentiment in the U.S. is belatedly catching up. It’s why many people are highly skeptical when these companies tout the benefits of such new technologies as artificial intelligence, self-driving cars, and drones. The public is increasingly losing faith that technological progress is inherently a force for good. And they are rethinking the tradeoffs between the freedom to innovate and the need to be protected from the creations that result.

None of this is good news for Silicon Valley over the long- or short-term. The region needs to deeply rethink its values and priorities. It needs to recognize its own culpability in all this. But I’m not convinced that it’s capable of showing sufficient maturity and self-awareness.

And that means Silicon Valley will continue to find itself cast not as the hero that it imagines itself to be, but as the villain of a darker future in which technology plays the role of the bad guy.