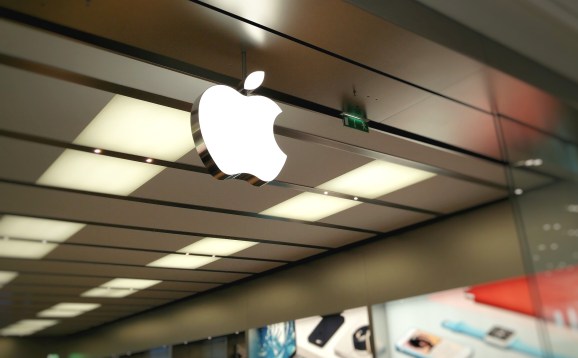 (Reuters) — Apple Inc forecast revenue for the holiday shopping-quarter largely above market expectations, helping allay investor concerns about production delays and supply constraints for the iPhone X, which it will start shipping on Friday.

Apple opened pre-orders for the iPhone X on Oct. 27 and has said demand has been “off the charts,” although some analysts expressed concern about supply chain issues that might make it hard for Apple to make enough phones to satisfy demand.

Apple Chief Financial Officer Luca Maestri told Reuters on Thursday the company was “quite happy” with how manufacturing of the iPhone X was progressing, noting that “production is growing every week, and that’s very, very important during a ramp period.”

Analysts have been eager to see whether Apple will be able to balance supply and demand for the iPhone X during the crucial holiday quarter, with most saying it will likely take Apple until next year or early spring to do so.

“Where the demand curve and supply curve are going to intersect, we do not know. It does not have a predecessor product,” Maestri told Reuters.

Apple forecast fiscal first-quarter revenue of $84 billion to $87 billion. Analysts on average were expecting $84.18 billion, according to Thomson Reuters I/B/E/S.

Apple said it sold 46.7 million iPhones in the fourth quarter ended Sept. 30, above analysts’ estimates of 46.4 million, according to financial data and analytics firm FactSet.

The $28.85 billion revenue from iPhone sales accounted for nearly 55 percent of total revenue, which rose 12.2 percent to $52.58 billion.

Analysts on average were expecting total revenue of $50.7 billion, according to Thomson Reuters I/B/E/S.

Apple also said it returned to revenue growth in China, bringing in $9.8 billion versus $8 billion a year ago. Maestri also told Reuters the company had doubled its revenue in India during the fiscal fourth quarter, though he did not give any details.