One of the most important things I have learned while reporting on AI is that systems built on machine learning may be able to beat humans, or approximate their results, but they can often fail in ways that humans never would, and with unintended consequences.

Consider the tale of a Redditor who asked earlier this week whether the Google Home had an internal temperature sensor. He was feeling a bit chilly at home and asked the assistant “What’s the temperature inside?” He figured that the system would figure out the temperature from his Nest thermostat and report that back to him.

(Google has since changed the Assistant’s response to look for a temperature sensor in a user’s home.)

This seems like a case of the Google Assistant trying to be helpful by providing the most precise answer it knows, since the Redditor in question was able to get the correct temperature by asking what the Nest thermostat temperature was. But a human in the same situation (with access to both home temperature and the temperature in Turkey) would be unlikely to have encountered the same pitfall.

It’s not just the Google Assistant, either — a video released earlier this week shows how people can build 3D printed models that fool image classification systems in a way that would never confuse a human. For example, the researchers created a turtle that’s classified as a rifle, even though it looks basically like a turtle.

While some failures are funny, others have serious consequences, even in seemingly innocuous cases. See the story of a Palestinian man who was arrested as a terrorism suspect after Facebook incorrectly translated a post of him posing with a bulldozer. He wrote “Good morning” in Arabic, only to have it translated to “Attack them” in Hebrew.

These issues are only going to become more frequent and more prevalent as time goes on. As AI assumes an increasingly bigger role in all our lives, these sorts of errors will become annoyances that we have to work around, as well as opportunities for humans to try to hoodwink the systems that are being brought in to automate key tasks. 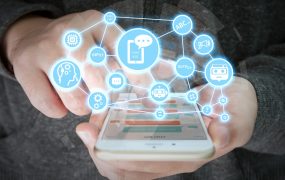 5 characteristics of AI technologies worth investing in Machine learning and artificial intelligence are timely subjects that spark the public imagination. In 2016, between $26 billion and $39 billion was invested in AI, according to recent estimates from the McKinsey Global Institute, a leading private-sector think tank. That number is three times the amount spent just three years prior, an increase driven by […] 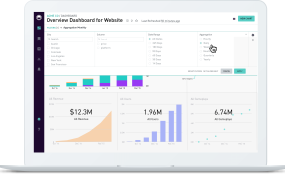 Periscope Data launches unified platform for data warehousing and analytics Periscope Data is trying to make it easier for data teams to process large amounts of information from across their companies with a new cloud data warehouse service that the company announced today. The Unified Data Platform is designed to provide a single source for companies to perform data processing, analytics, and visualization, which is […] 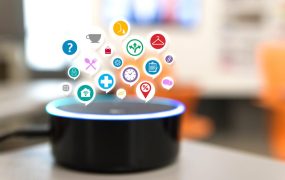 Why digital assistants are so hot right now The market for AI-driven personal assistants and bots will almost double in 2018, reaching more than $12 billion by 2020 with 1.6 billion active users, according to Statista. Today, pretty much every tech giant is making digital agents for their customers. Amazon’s Alexa is getting new looks and perks, Microsoft’s Cortana has just inhabited a brand […] 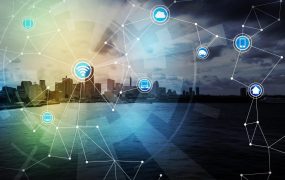 AI-powered IoT devices will change the way you do business We may not notice it, but both artificial intelligence and the Internet of Things are driving massive innovation in consumer and business environments. The smartphones in our pockets, for instance, are equipped with some 9 to 13 sensors and have been running machine learning and deep learning via on-device firmware and in the cloud for […] 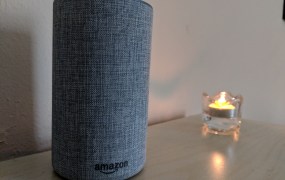 Amazon debuts Alexa Routines for customizable and scheduled tasks Amazon’s Alexa has gained the ability to respond to custom phrases, schedule actions by smart home appliance, and give you a rundown of the weather, traffic, or news. These features come courtesy of Alexa Routines, which first began to roll out to Echo device users a few days ago, an Amazon spokesperson told VentureBeat. Customizable […]
Read the full story 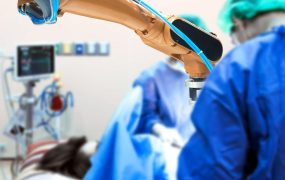 3 best practices for integrating AI in health care Bots are breaking into the most human industry on earth: health care. Just look at Microsoft — the company recently launched a new division to address the intersection between health care and AI. That’s not to say AI will be replacing doctors anytime soon. But the integration of AI into regular health care tasks is upon us. […]

Google’s AI Wizard Unveils a New Twist on Neural Networks If you want to blame someone for the hoopla around artificial intelligence, 69-year-old Google researcher Geoff Hinton is a good candidate. (via Wired)

A neural network designs Halloween costumes It’s hard to come up with ideas for Halloween costumes, especially when it seems like all the good ones are taken. And don’t you hate showing up at a party only to discover that there’s *another* pajama cardinalfish? (via AI Weirdness)

Facebook’s head of AI wants us to stop using the Terminator to talk about AI Yann LeCun is one of AI’s most accomplished minds, so when he says that even recent advances in the field aren’t taking us closer to super-intelligent machines, you need to pay attention. (via The Verge)

Walmart tests shelf-scanning robots in 50-plus stores You may have seen stores deploy shelf-scanning robots before, but they’re about to get one of their largest real-world tests to date. Walmart is expanding a shelf-scanning robot trial run to 50 additional stores, including some in its home state of Arkansas. Machines from Bossa Nova Robotics will roam the aisles to check for stock levels, pricing and misplaced items, saving human staffers the hassle of checking everything themselves. (via Engadget)