Amazon’s Audible has launched a new Chinese audiobook offering as part of its push to target millions of Chinese speakers in the U.S. and other international markets.

At launch, Audible in Chinese constitutes around 300 Chinese audiobooks and dramas, though Amazon said that it will be adding “many more” titles in the coming months. 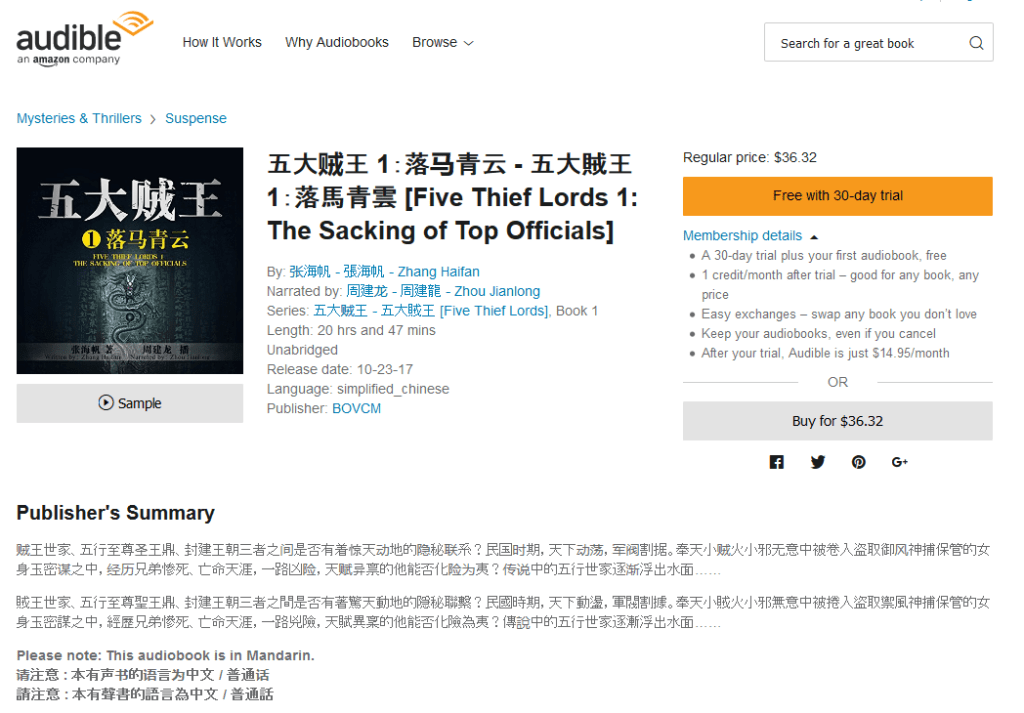 Above: Audible in Chinese

As with many U.S. technology companies, Amazon has had a tough time infiltrating the Chinese market, where local rivals such as Alibaba are entrenched. However, there is a significant Chinese-speaking populace overseas, which is the market Audible is now looking to tap into.

“Audible.com currently offers content in 38 languages, and I am excited to extend our catalogue to include Chinese in such a dedicated way,” said Audible chief content officer Andy Gaies in a press release. “For the first time, Chinese-speaking Audible.com customers can now explore and enjoy a diverse library of authentic content. Through these incredibly produced titles, Audible can now offer the tens of millions of Chinese speakers outside of China compelling listening experiences.”

It’s estimated that there are around 50 million Chinese speakers living in places like Thailand, Malaysia, Indonesia, Canada, and Australia, with the U.S. alone serving as home to around 5 million.