HBO has teamed up with Emmy-winning filmmaker Steven Soderbergh and PodOp to create an interactive storytelling app, dubbed Mosaic.

The Mosaic mobile app is a free download on iOS, and an Android app is coming later. Soderbergh and Hollywood veterans Casey Silver and Ed Solomon have created an interactive experience, three years in the making, that gets viewers involved in the story. The app allows you to build your own experience from the material created and curated by Soderbergh and Solomon.

They worked with PodOp to make the interactive experience so that it was driven first by creative interests, rather than technology. HBO said the app comes at a time when consumers are looking for new forms of mobile-first entertainment. Market researcher eMarketer said that consumers now spend 20 percent of their media time on mobile apps and that 85 percent of their smartphone time is spent in-app, instead of in a traditional mobile web browser. 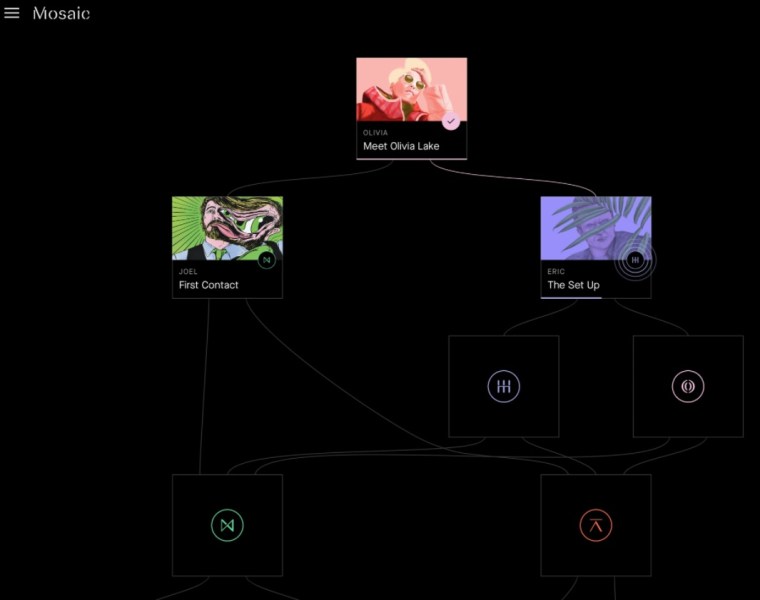 Above: HBO and PodOp have launched interactive storytelling app Mosaic, where stories can go in different directions.

Solomon created a script that you can follow in a non-linear way by navigating through a web of connections. It includes original characters like Olivia Lake, played by actress Sharon Stone. Soderbergh shot the scenes from multiple perspectives, depending on which character is witnessing the scene.

PodOp developed technology for the project, and it filed 14 new patents on things like script management tools for user-driven narratives and new forms of data mining to inform content experiences. 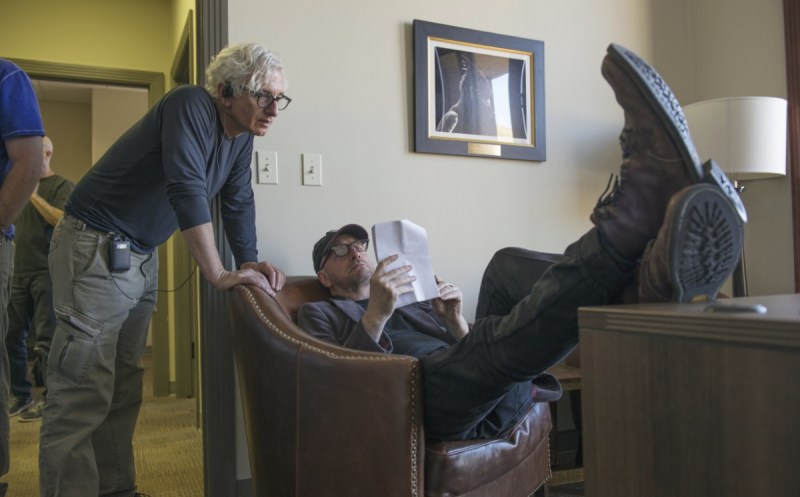 In a statement, Soderbergh said, “While branching narratives have been around forever, technology now allows, I hope, for a more elegant form of engagement than used to be possible. At no point were we reverse-engineering the story to fit an existing piece of technology; the story was being created in lockstep with the technical team. The fluidity of that relationship made me feel comfortable because I wanted it to be a simple, intuitive experience.”

In the Mosaic app, the path you pick affects your perception of reality. What one viewer may consider a fundamental fact on one path may be an insignificant piece of trivia on another — or may not even be a “fact” at all. As its title suggests, Mosaic isn’t complete until all the pieces are viewed from their proper perspectives. 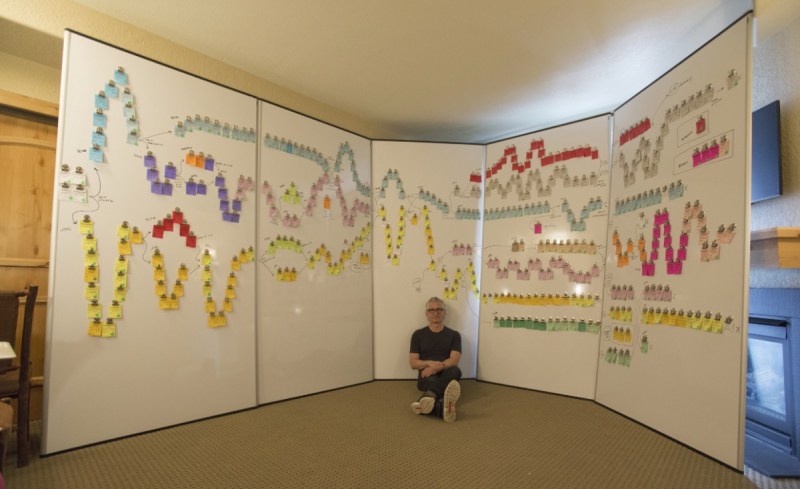 Above: Ed Solomon with the Mosaic storyboard.

You can watch the whole experience as a film, but there are also moments when you can select which character’s perspective you want to adopt as you proceed. You can dive deeper into the story through additional content,  with things like voice mails, emails between the characters, police reports, and news clippings. It reminds me of that old Electronic Arts alternate reality game, Majestic.

If you want to get the full picture, you can go back for any perspectives you missed. In the story, Olivia Lake meets two men who will play important roles in her life: Joel (Garrett Hedlund), a handyman and aspiring artist, and Eric (Frederick Weller), a suitor whose motives may not be genuine. Once the introductions are complete, users must decide whether to follow the next portion of the story from Joel’s or Eric’s perspective. Along the way, they’ll meet a number of new characters with their own versions of the story to tell.

Viewers will be able to see how their versions of the story on the app ultimately compare to Soderbergh’s when HBO Films presents Mosaic as a six-part limited series debuting Monday, Jan. 22 on the main HBO channel.