Earlier this week, news emerged that Google was in the early stages of testing a new app called Files Go. The app, according to reports, is all about helping you free up space on your phone and packs features like an offline file-sharing tool and a file-management facility.

The app was barely live on Google Play before it was pulled — presumably due to the early access program filling up — though not before the app’s .APK was captured and made available elsewhere.

Fast-forward a few days, however, and Files Go is once again available to download directly through Google Play.

Files Go is still technically an “unreleased” beta, meaning there may well be bugs aplenty. But based on our brief tests, we didn’t encounter any obvious problems. Once it’s installed, you will be shown a bunch of terms and conditions (Trusted Tester Agreement) that ask you to promise you won’t blame Google if your phone falls apart. 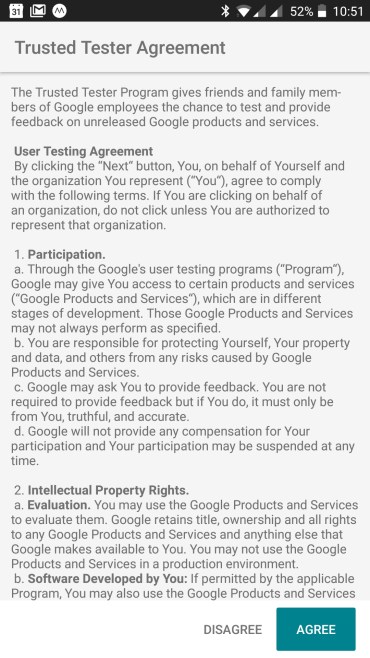 The app is split into two broad categories: Storage and Files. The default view is Storage, which shows all your files divided into categories such as Large Files, WhatsApp Media, and Downloaded Files. These serve as conduits to make it easier to remove content from your device. 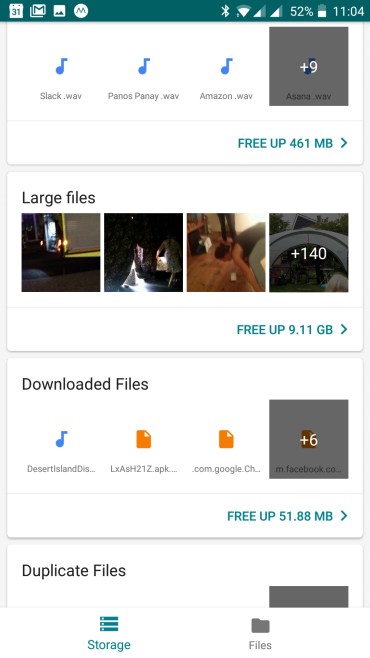 The Files tab is basically a classic file-management tool — like the many others that already exist on Google Play — and serves up access to various folders and sub-folders on your device. 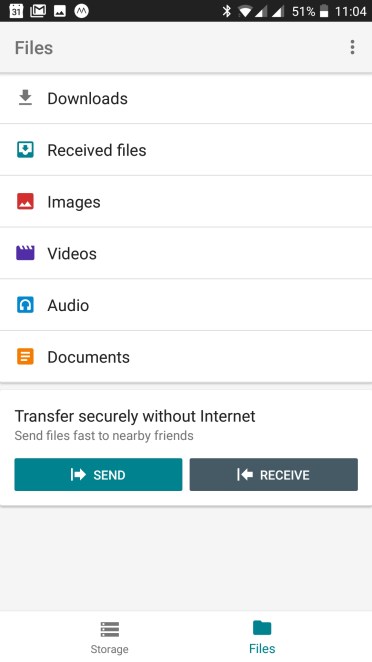 But tucked away at the bottom is a “send” and “receive” option for transferring files between devices. Contrary to some earlier reports, the file-transfer tool doesn’t use Bluetooth — instead, it sets up a quick peer-to-peer (P2P) Wi-Fi hotspot.

Once you’ve given Files Go the required access permission, you will be guided through a few additional steps. 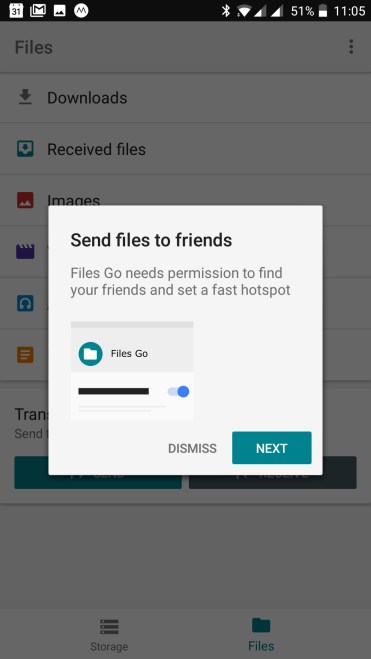 Above: Send files to friends

Give your name so that your nearby friends can find you. 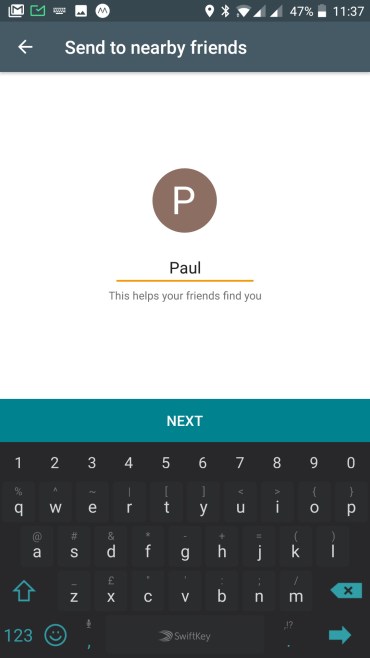 Above: What’s your name?

Your friend will have to hit “receive” in their Files Go app if you are sending them a file. 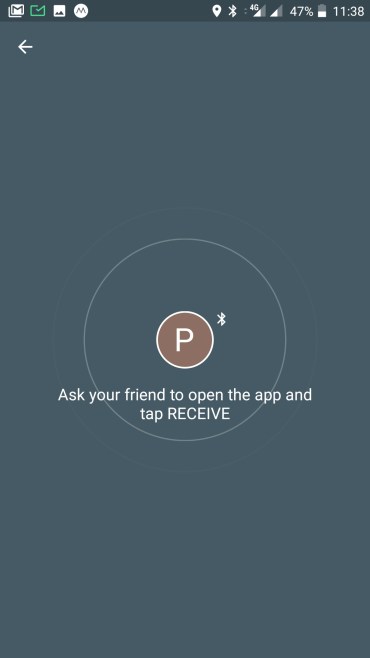 Above: Ask your friend

The receiver has to then hit “connect.” 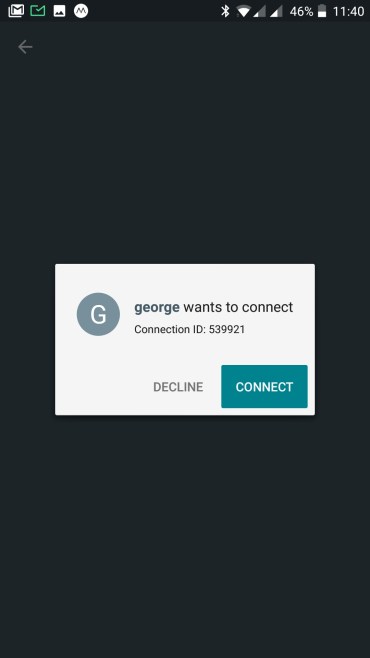 And then the receiver will see the file arrive over the airwaves as if by magic. 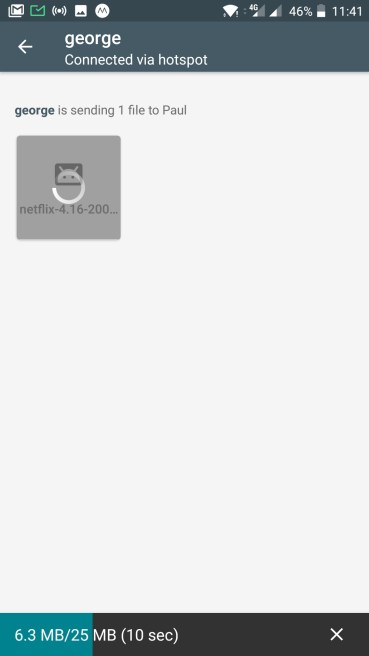 So Files Go is essentially an amalgamation of three services: system cleanup, file-management, and file transfers.

System cleanup tools have emerged as big business, with Avast recently snapping up Piriform, maker of popular system cleaning program CCleaner, while a year ago AVG acquired photo-management startup MyRoll. As an aside, Avast also recently bought out AVG.

Photos and videos are the most likely file-type to be clogging up people’s smartphones, and Google Photos already offers a way to sort through duplicates. Google would also like everyone to use its cloud-storage service, known as Google Drive. But, of course, not everyone uses Google Photos, and not everyone uses Google Drive, so it will be interesting to see whether Google tries to push its other services through the Files Go app in the future.

Files Go is available for anyone to download now through Google Play, though there is a chance that the internet giant may elect to pull the app if it decides it has enough people on the beta program.