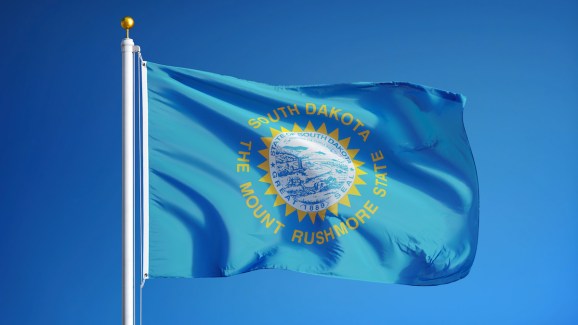 Sioux Falls Startup Weekend (SFSW) brought over 40 participants out to the Zeal Center for Entrepreneurship to take part in a 54-hour business building competition.

But SFSW is more than just a fun weekend for aspiring business owners to test the entrepreneurial waters. It’s also a chance for the local startup community to demonstrate how it’s coming together to raise Sioux Falls’ national profile.

Earlier this month, Forbes ranked Sioux Falls first in its listing of “The best small cities for business and careers 2017.” The ranking was based on factors like the city’s average business costs, which are 17 percent below the national average, and the large population of highly educated millennials, a benefit of being situated between South Dakota State University and the University of South Dakota.

“We have a bubbling startup community. It’s a little bit distributed and still fairly nascent, but there’s a lot here,” said John T. Meyer, cofounder and CEO of Lemonly and a member of SFSW’s organizing team. “I think we still have work to do, but we’ve seen more validation from the traditional sector. […] I’m not sure if we’ve broken through yet, but they’re taking note I think, which is important.”

Sioux Falls has been known for its agriculture-based economy, but in recent years it has shifted to include health care and financial services. These various mature industries can now be used as focal points for startups.

“Sioux Falls is a really unique place between finance, health care, and agriculture. We have some pillar industries that have done well so, hopefully, we can connect the startups a little more to that,” said Meyer.

Meyer said the startup scene has grown in recent years and points out that community builders have brought in more networking opportunities, like Ignite Talks and 1 Million Cups. The expanding Sioux Falls Entrepreneurs Facebook page currently has over 3,000 members.

2016 also ushered in the Falls Angel Fund and a rebrand of the South Dakota Technology Business Center to the Zeal Center for Entrepreneurship. Zeal offers an incubator, an accelerator, and funding opportunities and promotes education, collaboration, and mentorship programs.

“Zeal is a great place if you want to get your start and have affordable rent and a lot of resources,” said Meyer. “There’s the Governor’s Office of Economic Development, the South Dakota Small Business Development Center, and the South Dakota Small Business Administration downstairs. You can start with a coworking membership and really grow here.”

Meyer knows the value of making those resources accessible to burgeoning entrepreneurs. He and brother Scott Meyer started their first business in Sioux Falls eight years ago with a grant from the Governor’s Office of Economic Development.

“We thought the $15,000 [grant] was such a big deal, but now it doesn’t even make one payroll,” said Meyer. “But it was that kick in the butt we needed. Someone believed in us and said ‘Go for it,’ which I think for most entrepreneurs, that’s all they need.”

Scott runs 9 Clouds, the inbound marketing company the brothers founded. John also went on to found Lemonly, an infographic design company that focuses on visual storytelling for brands like Netflix, Under Armour, and Major League Baseball.

Meyers said that historically, South Dakota has approached economic development from the angle of trying to attract large manufacturing and agricultural companies that bring hundreds of employees. He suggested that a new approach might benefit the city and smaller companies.

“We got $15,000 that became two companies, which now employ about 45 people,” said Meyer. “That’s small, it took eight years, but it was also a very low investment. There were no tax breaks or huge deals. Maybe a longterm commitment to entrepreneurship would be good.”

Meyer said that in order for Sioux Falls’ startup community to thrive, there needs to be a supportive culture that embraces risk in business and encourages more entrepreneurs to adopt a ‘go for it’ attitude.

“We’re kind of risk-averse in the Midwest. Having started two companies, I can tell you the time is never right,” said Meyer. “What I love about Startup Weekend is that it gives you that taste. […] No matter what happens after this, 40 or so people got exposure to entrepreneurship and hopefully made new connections.”