Many of us will take on a turkey this week, and while Amazon’s Alexa is by no means a sous chef, here are a few helpful Alexa skills that could be handy this Thanksgiving, selected from the more than 25,000 skills now available in the Alexa Skill Store. 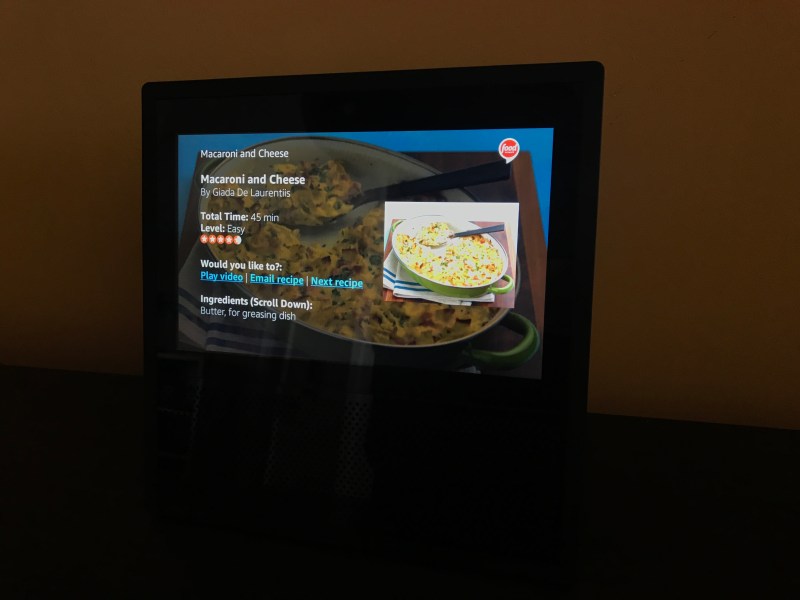 Perhaps more than any other voice app in the Alexa Skills Store, the Food Network skill has evolved. Since last Thanksgiving, it has added visuals like scrollable recipe cards and instructional videos available to owners of the Echo Show. Now, ahead of Thanksgiving, additional features have been added, like the ability to answer natural language questions like “What’s your favorite pie?” or questions that surface a personality, like “What’s your funniest Thanksgiving memory?” or “If you could have any superpower, what would it be?”

Combined with the ability to search for recipes based on the names of Food Network hosts, this skill comes with ample personality. Someone probably appreciates this, but I stay in get-stuff-done mode when I’m cooking, so personality in a cooking app is lost on me.

If you don’t have an Echo Show, Alexa can talk you through recipes and share a link to the recipe in your activity stream in the Alexa app.

Apart from the Food Network skill, your best other option for browsing tens of thousands of recipes with Amazon’s Alexa comes from Allrecipes. In fact, say “Alexa, give me a Thanksgiving recipe” or “Alexa, find me a pumpkin pie recipe” and Allrecipes will send results to your phone. Ask Alexa about recipes this way and, along with the recipe, you will hear its rating by Allrecipes users as well as how long it takes to make each dish.

Particularly since YouTube was removed as an option for the Echo Show this fall, Allrecipes and Food Network are two of the best ways to use the visual voice apps with an Echo device. Nothing else comes close in features, ease of use, or size of knowledge base.

Amazon says more than 50 percent of Echo devices are used in the kitchen, so whether it’s for Thanksgiving or any other day of the year, let’s hope more skills emerge that help you make a meal. 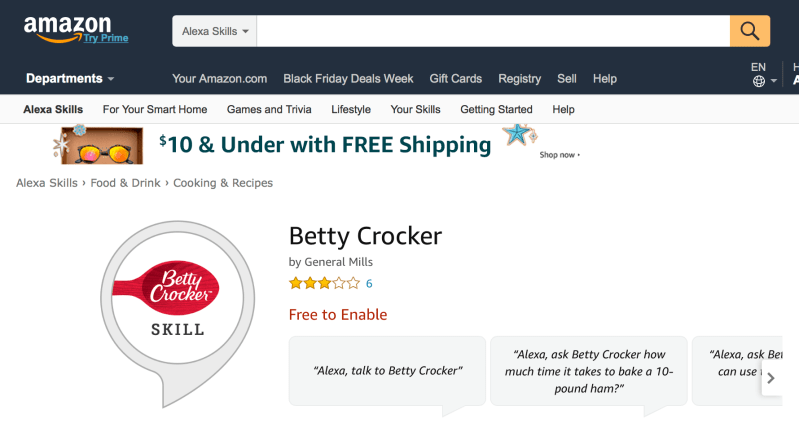 This skill does a half-decent job of answering random cooking questions for those of us whose kitchen skills are not Betty Crockeresque. Betty Crocker can help you figure out things like measurement conversions, ingredient substitutions, and how much time it takes to cook a turkey or ham based on weight. 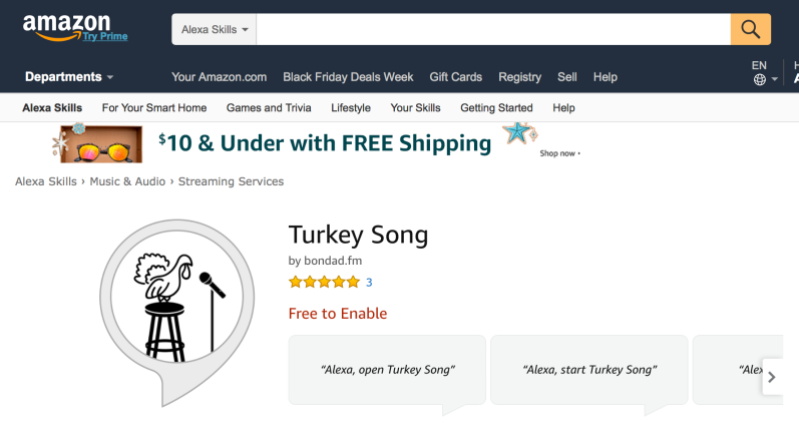 Completely unrelated to food and drink, this skill plays the musical stylings of three humans and 300 male turkeys. Drawn from more than five hours of audio recorded at the Willie Bird Turkey Farm near Santa Rosa, California, you’ll have to judge for yourself if, as the music’s creator says, humans and turkeys combine to “exchange musical energy.”

This is exactly the kind of absurd stuff I like to break out when I’ve got friends over and near my Echo device, but if you’d like more music for the holiday made by people and synthesizers and the like, you can say “Alexa, play music for Thanksgiving dinner.” 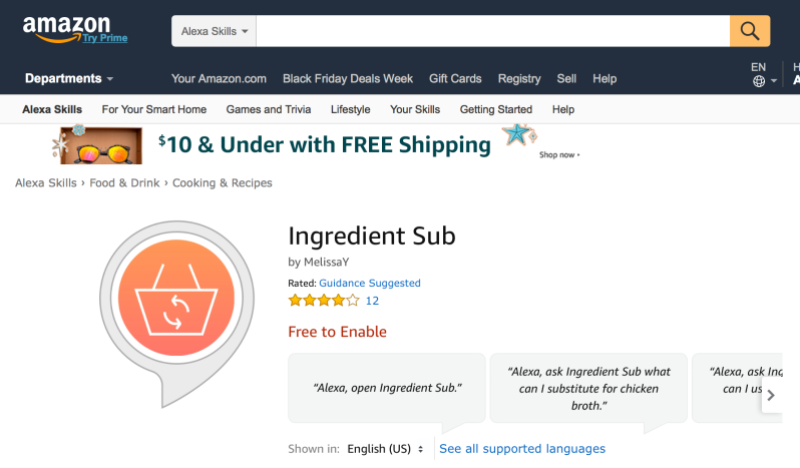 If you’ve read previous installments of 5 Alexa skills to try, then you know that sometimes skills are included here based not just on what they can do today but on their potential.

Done right, Ingredient Sub or skills like it could customize suggestions based on a person’s specific needs, like surfacing substitutes for diabetics, heart health, or vegetarians. Some complaints in user reviews about this skill include that it needs a larger body of substitutes for users to draw on. 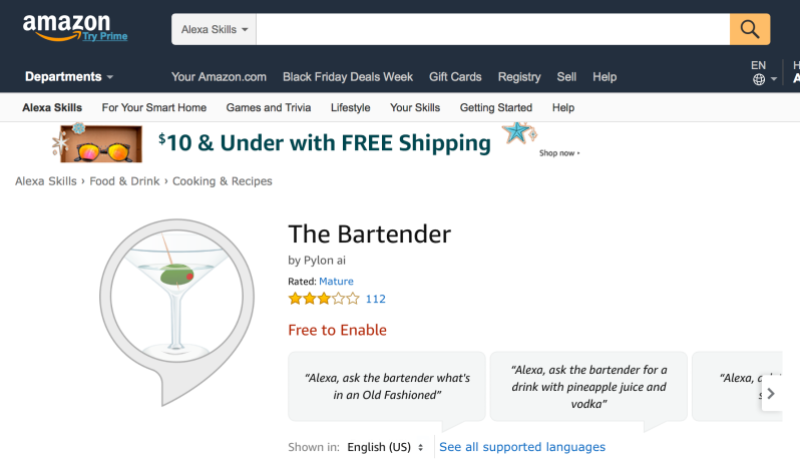 It’s not just the food that can get especially delicious this holiday season. The Bartender skill has more than 12,000 cocktail recipes. Last year it ranked among some of the most popular skills available. You can ask The Bartender for random drinks or request ideas based on your favorite form of alcohol or ingredients you have available.