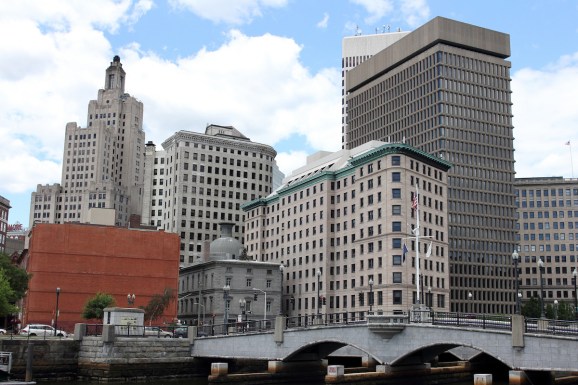 A group of Rhode Island entrepreneurs have formed a new group to boost the local startup ecosystem.

The new organization, called the Rhode Island Coalition of Entrepreneurs, launched its website this week and is now open to any founder or CEO of a high-growth startup in the state. The group’s leadership team is seeking fellow entrepreneurs to join the organization’s mission to promote a culture of collaboration and innovation in Rhode Island.

Pat Sabatino, founder and CEO of Providence-based Datarista, is serving as the group’s executive director. Sabatino says over 35 startups are already on board as members. The goal is to gather a critical mass of entrepreneurs to encourage collaboration and create a cohesive community for innovators. They also want to encourage aspiring entrepreneurs by providing resources, coaching, and mentorship over time.

Sabatino and his leadership team plan to host events and programming that will boost the entire entrepreneurial ecosystem — not just one or two companies. The group has met three times since July, but Sabatino says the concept has been kept under wraps until now.

After speaking with Rhode Island entrepreneurs and investors over the last couple of weeks, it’s become obvious there are upstarts growing and emerging all over the state. People who have been in the ecosystem a while say the entrepreneurial community in Rhode Island has come a long way in the last 10 years, but it still lacks some critical ingredients, including access to early-stage funding.

Sabatino has been looking for a Rhode Island-focused organization for founders and CEOs of upstarts since he started his Providence-based company Datarista in 2015.

“One of the things that has always struck me as odd is most entrepreneurs here in town don’t know each other,” Sabatino says. “I’ve had instances of talking to people who had adjacent products and offices less than a mile apart and they didn’t know each other.”

After talking about the impact a statewide entrepreneurial group could have on Rhode Island’s startup community for about a year, Sabatino decided to take matters into his own hands and started calling fellow entrepreneurs. He’s hosted the coalition’s first three meetings in Datarista’s office.

The group is not registered as a 501(c)3 nonprofit at this point, and it’s not charging membership fees or accepting funding. Sabatino says it’s more important for the group to forge meaningful relationships with civic leaders, universities, accelerator programs, and other constituents in the entrepreneurial ecosystem right now. That also means the group currently has no budget, so Sabatino says it will be important to spread the group’s message by word of mouth.

The organization also plans to make the needs of local entrepreneurs known to local government, corporations, and other institutions. Sabatino defines startups as high-growth, innovative ventures that typically seek funding to scale. He says the organization is going to be picky about how it defines startups because he wants the group to really represent and serve the unique needs of the entrepreneurial community.

“We believe that the development of partnerships across communities and industries is vital to the overall economic growth and success of the state,” the group says in its mission statement.

The Rhode Island Coalition of Entrepreneurs encourages CEOs and founders of high-growth startups to apply to join the group on its website. Sabatino hopes to have 100 members on board a year from now, as well as meaningful events and relationships to help foster the startup community.

“We are a new organization and we don’t have a firm agenda yet,” Sabatino says. “It’s a great time to join, be heard, and help shape the path.”