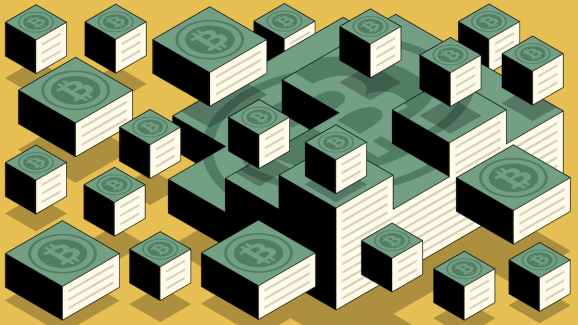 Some of the brightest minds leading the Midwest blockchain movement gathered in Lincoln last week to make the case for the Midwest as a leader in the technology and to announce Block-a-thon coming April 2018.

“We’re all about planting seeds and joining forces with people that have a common vision, common ideas, and a common passion around blockchain and cryptocurrency,” said former Union Pacific head of application development Jeff Main.

The event, hosted at Fuse Coworking in Lincoln, started with educational presentations around blockchain technology and ended with an announcement of the upcoming Block-a-thon.

Opportunity for the Midwest

BlockEra cofounder Kyle Tut compares blockchain in 2017 to the emergence of the internet in 1994. He wants to see the Midwest become a leader in the exciting new technology.

“I think we have a real opportunity with financial companies, supply chain logistics, and agriculture to use blockchain technology,” said Tut. “Those are what we’re known for, and those are what we should focus on.”

“There’s so much to be excited about around blockchain. It’s an emerging concept that has shown an ability to scale and create really cool technology and products,” said Roeher. “As we think about the Midwest wanting to take a stand and work on building blockchain concepts, that’s so motivating as a technologist, entrepreneur, and business person.”

But taking a stand will need to be a concentrated effort?

“How do we actually put a stake in the ground and say, ‘We’re doing something big and it’s happening here’?” said Rena Valentino, executive director at Fuse Coworking.

Block-a-thon Midwest is a three-day event centered around all things blockchain and cryptocurrency as a way to capture momentum for the movement. The event, to be held at Fuse Coworking in Lincoln the weekend of April 13-15, is being touted as the largest blockchain event of its kind in the region. Anyone is welcome to attend, no matter their level of expertise.

“The idea is that we’d have a mix of biz dev, developers, and marketing, and we will help to fill in the gaps,” said Edward Weniger, CEO of Alpha BTC and Block-a-thon co-organizer. “You don’t need to have a previous education because you’re going to have your teammates to educate you, your speakers to educate you, and mentors to educate you.”

The format will alternate between meals, education, and guest speakers, with project development in between. Teams of one to five are welcome. Sponsors will get a chance to participate while getting first peek at the new concepts that emerge.

“As the weekend progresses, we’ll get more technical in the conversation as well as adjust to auxiliary topics such as marketing and why, use cases, and examples of things that are already built,” Weniger explains.

Tut has been traveling the U.S. and Canada since May attending blockchain events, and it will bring his experiences to Block-a-thon.

“I think Block-a-thon will be the biggest help. I originally flew to all these places for hack-a-thons because it wasn’t here,” said Tut. “Now, if you have it here, you get people to come.”

Valentino will be opening Fuse’s doors and amenities for the weekend, including sleeping pods, 10-gigabyte fiber internet connection, laundry facilities, and of course, the keg.

“This isn’t just for Lincoln, this is regional, so how do we get Des Moines to Minneapolis to Denver to Kansas City to Lincoln and Omaha to join in?” asked Valentino.

She hopes to see representatives from the corporate world, startups, and students as participants.

The focus is on education

2017 was the year that blockchain and cryptocurrency reached the awareness of the masses, but it’s still very early.

“If you looked at Amazon six months ago, there was hardly anything on blockchain; now there is much more,” said Roehr.

“I’m glad to see it finally coming to fruition in real projects here,” said Weniger. “I still get people that ask ‘What the heck is it?’ but most people have at least heard of it on the news.”

The movement leaders have made a decision to focus on education as the crucial first step.

“We knew that we had to start with education because this is a new topic. And education is the key,” said Main. “I actually went and talked with a couple of investors to see if they would be interested in investing in some blockchain applications, and the resistance I got was pretty significant because they didn’t understand the technology.”

Tut had a similar experience.

“You have to reach developers, business people, and then money. I’ve actually had to tell venture capitalists what blockchain is,” said Tut. “How can I go out and get money from these people if they don’t even know what it is?”

Trent Cooksley, Markel Corporation head of open innovation, is excited about the opportunity to cultivate blockchain talent in the Midwest.

“If you take the education part that you’re talking about, can we pump out a specific skill set, or educate a niche skill set?” asked Cooksley. “It’s easier living here in the Midwest, and that salary goes a lot further.”

For those interested in educating themselves about blockchain, the group recommended attending meetups such as Blockchain Development Group and the Sunday afternoon Bitcoin meetup. Other local resources include Begin Blockchain, AlphaBTC.com, BlockEra, and Bitcoin & Markets Podcast.

In the end, Main summed the movement up well.

“I think with any new technology, there’s an opportunity for jobs, but that’s a long ways off. This is such a new technology,” said Main. “That job growth is going to come, but right now it’s more getting a community of people together, getting people excited about the opportunities, and seeing what seeds can be planted.”