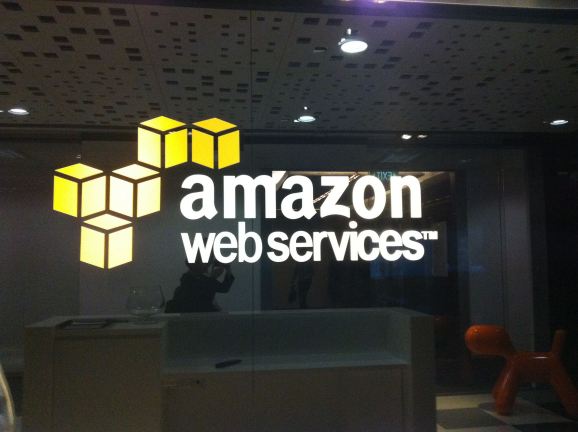 An AWS logo spotted in Singapore.

Amazon Web Services is moving full steam into the bare metal hosting market with the release of a new cloud computing instance. The i3.metal instance will provide customers with a beefy server running in an AWS datacenter and is useful for applications that require a ton of raw power or an environment similar to what companies would receive when racking a physical computer in a private datacenter.

The i3.metal instance will provide two Intel Xeon E5-2686 v4 Broadwell processors running at 2.3 GHz, with a total of 36 hyperthreaded cores, plus 512 GB of RAM and 15.2 TB of SSD-based NVMe local storage. Each instance will have access to a high-speed networking link with up to 25 Gbps of bandwidth.

AWS announced that the service is available in public preview today as part of the news from its re:Invent customer conference in Las Vegas, Nevada.

This isn’t the first time AWS has offered access to its bare metal servers. The VMware Cloud on AWS service, which was made available in August, allows customers to run applications on top of bare metal hardware in AWS datacenters, using specialized management software.

Bare metal servers are particularly useful for enterprises migrating workloads from on-premises datacenters. Some applications rely on running atop bare hardware, without an additional layer of virtualization that has been common among many of the cloud infrastructure services available on the market.

While developers can cheer the fact that AWS supports bare metal servers, the company isn’t the only player in the cloud market with such an offering. IBM and Oracle provide similar hardware capabilities through their cloud services, and Microsoft announced last week that it will let customers run applications on bare metal hardware in its Azure cloud, using VMware software.

AWS says that bare metal servers running in its environment will be able to access all of the features available to virtualized instances provided through its Elastic Compute Cloud, including Elastic Load Balancing, Auto Scaling, Amazon CloudWatch, and Auto Recovery. It is also supposed to be easy to connect these bare metal instances with AWS database, IoT, mobile, analytics, artificial intelligence, and security services.

On top of the bare metal news, AWS also announced new H1 instances that provide dense storage capacity for big data applications like Apache Kafka and large MapReduce clusters. Customers can get up to 16TB of local magnetic storage in one of the new H1 instances for tasks that require loading a massive amount of data into local storage for processing.

Spot instances, which let customers rent idle compute capacity with the added risk that it may be reclaimed at any point, also received a number of upgrades. For example, customers can now elect to have their instances maintain memory state even when they’re shut down to make room for higher-priority tasks, making it easier for applications to pick up where they left off when they were interrupted.