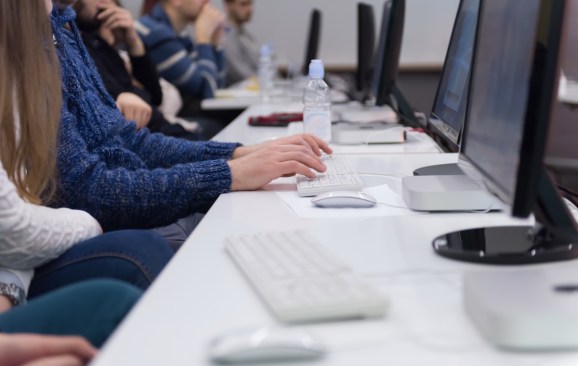 While many city and state leaders have sought to create tech hubs by importing companies that bring tech jobs with them, like Foxconn or Amazon, it seems a host of other factors determine whether children in communities across the U.S. are likely to pursue work in a STEM field.

In a study published on Sunday by the Equality of Opportunity Project, researchers examined which socioeconomic factors determine whether a child will grow up to become an inventor. Entitled, “Who Becomes an Inventor in America? The Importance of Exposure to Innovation,” the study found, unsurprisingly, that a child in the U.S. was more likely to become an inventor if he or she grew up in an area where there were already a lot of inventors — places like Silicon Valley or Boston. This does suggest that, at least in the long-term, creating more jobs in STEM fields within a community will increase the chance that a child growing up in that area will go on to work in a STEM field.

The study defined an “inventor” as someone who files a patent and tracked 1.2 million inventors who had applied for a patent or been granted one between 1996 and 2014. The study’s authors were able to determine where these patent filers grew up, based on federal income tax returns.

Among the most highly predictive indicators of whether a child will go on to become an inventor, according to the study, are the child’s socioeconomic class, race, gender, and geography — not their ability. The study’s authors were able to access third-grade math scores for patent holders who attended New York City public schools and found that children who scored in the top of their third-grade math class were only likely to become inventors if they came from a high-income family.

The authors also found that the Northeast, coastal California, and the Midwest are the areas that are most likely to produce future inventors — and that children who grow up in the Southeast are least likely to become inventors. The study looked for the 10 “commuting zones” (a term developed by the Census Bureau to delineate where in a region people are most likely to commute to) with the highest number of inventors per 1,000 children. These are:

Additionally, there appears to be some correlation between what types of inventors a community is home to and the field a future inventor will grow up to work in. For instance, the study found that patent filers living in Boston were more likely to file a patent related to computers if they had grown up in Silicon Valley — an area that’s home to a large number of software companies. Meanwhile, children who grew up in Minneapolis and then moved to Boston were more likely to file patents for medical devices. Minneapolis and its surrounding area house the headquarters for a number of medical device companies, including 3M and Medtronic.

Since the data indicates that living in an area with a high concentration of inventors increases the probability that a child will become one, the study’s authors estimate that if a child moved from a commuting zone that is in the 25th percentile of patent holders to one that is in the 75th percentile, the likelihood that they would go on to become an inventor could increase by “at least 17 percent, and potentially as much as 50 percent.”

The biggest limitation of the study is that filing a patent isn’t indicative of the many ways that children can participate in lucrative STEM fields, so more work would need to be done to determine if this same “exposure effect” holds true for other measurements of participation in STEM fields, such as how many children go on to study computer science, for example. However, the results indicate that local and state governments should focus on crafting policies that will increase the likelihood that a child is exposed to innovators — such as by creating programs for public schools through which local inventors can serve as mentors.