Anki is releasing a major free update for Cozmo, the funny robot that has been one of the hot toys in 2017. The Cozmo Code Lab debuted earlier this year, but now the lab is getting an update that will help it live up to the dream of enabling a wider variety of people to learn programming.

Anki released the original Cozmo in 2016 with limited programmability. It opened the robot up to programmers, and now it has created a software development kit (the Cozmo SDK) that gives users far more control and the ability to use a programming language that anyone can understand.

The new update for the Cozmo Code Lab will allow Cozmo owners (the robot is sold for $180) to gain access to requested features within the programming platform, which is based on Scratch Blocks, a project of the MIT Media Lab that is intended to make computer programming easy. Cozmo Code Lab has a drag-and-drop interface that lets users deploy features such as facial recognition. With it, Cozmo can recognize people and greet them with its cute sounds. 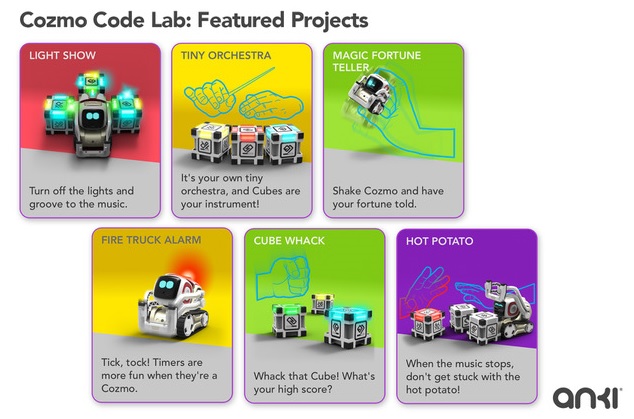 The update includes programming features such as if statements, math operators, variables, function calls, and more. Not only will the number and types of blocks increase, Anki will also introduce vertically oriented block stacks, called Constructor Mode, that more closely mirror the way text-based code is structured. In a nutshell, that makes Cozmo far more programmable than it has been in the past.

Cozmo has been named on Amazon’s Top 100 holiday toys list in 2017, Toys ‘R’ US Holiday Hot Toy List, and Best Buy’s Top 25 Toy Gifts. Cozmo has been targeted at parents, students, and educators. iD Tech, the kids tech camp organization, is offering two Cozmo-based courses next summer, one of which uses Code Lab to teach students about artificial intelligence, programming, and robotics. 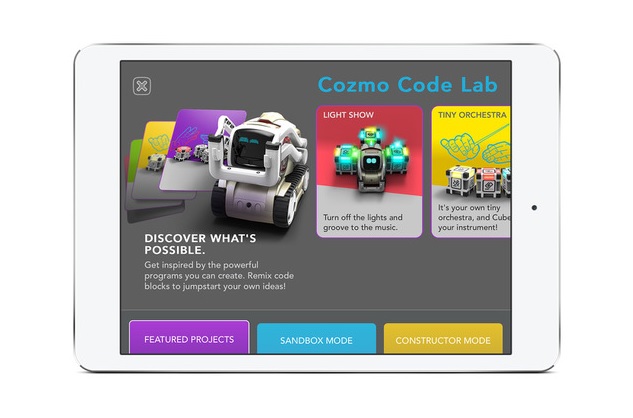 San Franciso-based Anki, founded by AI experts, was in the works for years. Cozmo was the outgrowth of the AI technology that the company developed as it was creating Anki Overdrive, its award-winning race cars that can drive themselves around a track. Cozmo has 340 parts, and it also has more than 1.4 million lines of software code.

You can program Cozmo to do things like blink, drive, turn to avoid an obstacle, recognize faces, and other actions that require sophisticated AI. Anki was founded in 2010 and has raised more than $200 million in funding to date.