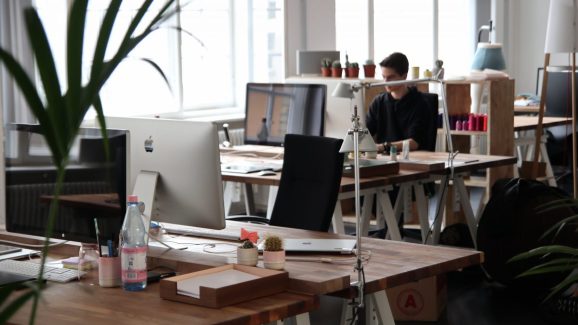 Artificial intelligence will be one of the key drivers of the economic growth in the next few years. But what will drive the AI industry itself? Some consider AI technologies a secret weapon of a few high-paid engineers. In fact, the success of an AI solution is mainly defined by the low-paid workers in developing countries. Here’s why.

Who holds the keys

By 2025, AI technologies and AI-driven services will become a nearly $60 billion market — $59.75 billion in Tractica’s view, an increase from less than $1.38 billion in 2016. The AI software industry will grow by 52 percent annually. Large corporations have also put huge funding on the table — last year, the total investment in AI was in the range of $26 billion to $39 billion, according to McKinsey, with over 60 percent spent on machine learning algorithms.

Ownership of unique large datasets is the main competitive edge for corporations such as Google, not state-of-the-art algorithms that those companies eagerly release as open source software. Big companies safeguard their data and accumulate their advantage with the help of millions of users who provide free data in exchange for services.

For smaller and new players, the cost of acquiring comparable datasets is often prohibitive. Because of their inability to afford access to expensive datasets, startups lose the chance to validate their own innovative AI solutions.

Who drives the growth

Accenture and Frontier Economics research modeled the impact of AI for 12 developed economies that together generate over 50 percent of the world’s economic output. The findings show that AI has the potential to boost labor productivity by up to 40 percent by 2035 in those countries.

Meanwhile, potential job replacement by AI solutions causes a lot of debate. However, AI requires significant human involvement at all stages, from development and testing to support and improvement. In the fast-growing industry, AI software will fill just one-third of the required roles, while AI-driven professional services provided by humans will take the rest.

While aiming to replace some “mechanical” jobs that humans now perform — think of a new industrial revolution, with AI as the new spinning jenny — AI has the potential to create new jobs and employment models. According to McKinsey, in the future, “companies need to update the skills in their workforces, and individuals need to acquire skills that work with, not compete against machines.”

Today, the AI industry already drives a demand for online microwork. Simple tasks such as image classification or text sentiment analysis are still challenging for machines, so they require general human cognitive skills. This is the most time-consuming activity in the AI development process, taking up to 80 percent of R&D time. Few realize that the people performing those microtasks are the key to accelerating the development of AI.

AI solutions won’t work without a well-analyzed dataset. And the need doesn’t end with the initial launch. To be successful, researchers must customize solutions for specific business needs, which creates further demand for data labeling. As much as AI development companies need skilled engineers, they also require regular access to those people who help create the high-quality datasets.

By sourcing the dataset creation from developing countries, companies could spend one-half to one-tenth of what it costs to hire workers in the U.S. At the same time, those workers from developing countries will earn more than average local wages. Moreover, those datasets can help automate a huge chunk of the developers’ workflow, allowing businesses to optimize resources.

However, a centralized system for sourcing microwork will take the market back to being dominated by corporations. Thus, the industry needs a decentralized platform to connect AI developers with business clients, data providers, and crowd workers. Utilizing smart contracts and cryptocurrencies will ensure that the workers are getting fair pay that is more valuable than some local, volatile currencies.

To sum up, microtasks such as data labeling are crucial for AI industry growth. Connecting the exploding demand for human-labeled data and human-in-the-loop applications with the abundant global supply of crowd workers will define the future of the AI market.