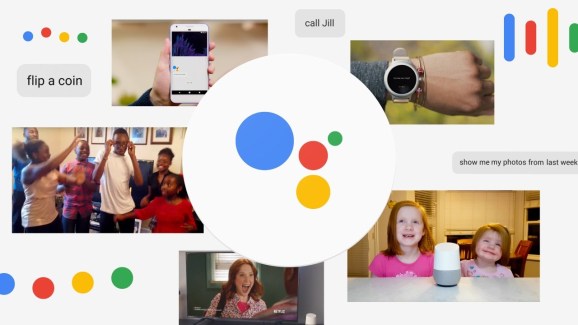 Android tablets must be running Android 7.0 Nougat or 6.0 Marshmallow and set to English to use Google Assistant. Google’s AI assistant on tablets can control smart home devices, access your calendar, set reminders, answer questions, and tell you jokes.

Google Assistant on tablets will not answer to the “Ok Google” wake word or be able to carry out Google Express transactions, a Google spokesperson told VentureBeat in an email.

Google Assistant support was also extended today to smartphones running Android 5.0 Lollipop for English users in the U.S., U.K., India, Australia, Canada, and Singapore, as well as Spanish speakers in Mexico, Spain, and the U.S., and users in Italy, Japan, Germany, Brazil, and Korea. Google Assistant was first made available to smartphones running Marshmallow and Nougat versions of the Android operating system in February.

Google’s AI assistant expansion to additional devices and regions follows Amazon’s rollout of Alexa to dozens of additional markets last week including parts of Europe and Latin America. This fall, Alexa was extended to India and Japan and will come to Australia in early 2018.

The two companies are expected to sell millions of Echo or Home line smart speakers this holiday season.