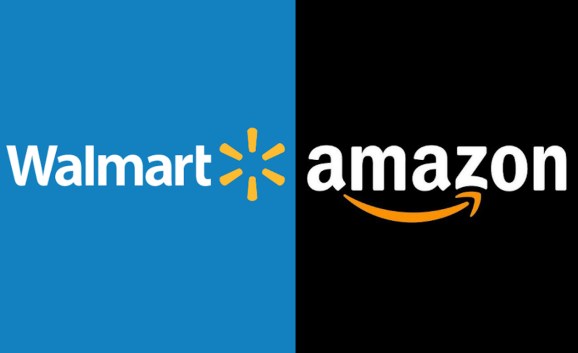 (Reuters) — As Amazon.com looks to upend the U.S. grocery market with home delivery, some veteran supermarket operators are betting on a different strategy: curbside pickup. Americans have long loved the convenience of drive-through service for burgers and coffee. Kroger Co and Walmart Inc are tweaking that formula for groceries.

The companies have invested heavily in online systems that allow customers to order ahead from their neighborhood store. Workers pick and pack the products, then run them out to shoppers in the parking lot, the grocery version of carry out pizza. For the retailers, the service is cheaper than delivery, because customers do the driving. For shoppers, it means skipping crowds and queues at their local market, and no worries about missing packages or melted ice cream if they are not at home to meet the delivery guy.

Tony Sacco, who lives in the Los Angeles beach community of Playa Del Rey, is a regular user of the service at a nearby Ralphs supermarket, owned by Cincinnati-based Kroger. Each pickup costs $6.95, but the time-crunched married father of three says it is worth it.

“This is easy. Time is money,” said Sacco, 47, as a worker loaded bags into his SUV on a recent morning.

Retaining customers like Sacco is critical for traditional grocery retailers as they battle an array of upstarts bent on turning groceries into the next home-delivery juggernaut.

New entrants such as meal-kit company Blue Apron and organic food seller Thrive Market are peeling off coveted slices of their business. Amazon, the nation’s largest online retailer, has amassed an 18 percent share of the $12.6 billion U.S. online grocery market mainly through the sale of packaged goods such as pasta and diapers. It is the largest player in a sector that is expected to grow to $41.7 billion by 2022, according to market research firm Packaged Facts.

But even mighty Amazon has struggled with the trickiest part of the trade: delivering fresh produce, meat, dairy and other perishables. Its AmazonFresh service started more than a decade ago, but has yet to make a major mark.

Amazon is making another run at it with its $13.7 billion purchase of upscale grocery chain Whole Foods earlier this year. Amazon has said little about its plans. But analysts expect it will use Whole Foods’ 450 locations as distribution hubs for home delivery, opening a new front in its campaign to disrupt the $700-billion U.S. grocery industry.

Old-line players are responding with some new moves of their own. Kroger and Walmart are experimenting with delivery. But they are wagering that pickup is the true sweet spot in the industry’s online evolution. Both are rolling out the service in thousands of their stores.

“The way people are going to shop for groceries is going to be curbside, not delivery,” said Jason Goldberg, a senior vice president at digital marketing firm SapientRazorfish.

Amazon, too, is eyeing that channel. AmazonFresh has already tested pickup in Seattle and analysts expect Whole Foods to do the same.

Nevertheless, researcher Packaged Facts says traditional retailers can win with real estate: “Companies such as Walmart and Kroger have the advantage, because they already have stores all over the country in both urban and rural settings,” it said in a recent report.

Kroger bought its way into pickup with its 2014 purchase of southeast grocer Harris Teeter, which had an established program.

That same year, Kroger debuted its own offering, known as ClickList, adding features such as coupons and promotions based on detailed customer data.

Pickup is now available at 1,000 of the chain’s 2,800 stores and the company is adding the service at 400 to 500 locations a year, according to Matt Thompson, the vice president of ClickList.

He said curbside customers spend 40 percent to 60 percent more than traditional shoppers, because they tend to stock up on bulky items such as bottled water. Users pay $4.95 to $6.95 for each order depending on their location. Kroger would not disclose how many shoppers use ClickList. It promotes the service in stores and online, while customers spread the word through social media.

Users log into ClickList online. They put items into digital carts, pay and reserve a pickup time at least four hours in advance.

The order is sent to a terminal in a store’s dedicated ClickList room, where “pickers” are dispatched with handheld devices that tell them exactly where to find each item. These workers bag the products and put them into labeled bins; perishables are kept in a nearby freezer or fridge. When customers pull into designated pickup parking spaces, they are directed to call a number to alert a ClickList staffer, who wheels the bags to their cars.

Kroger gave Reuters a tour of its ClickList operation at a Ralphs supermarket in Los Angeles’ Westchester neighborhood in late November.

Miguel Lopez, who leads the ClickList team there, said it takes about 30 minutes to pick a $100 order; a $400 order takes an hour. The team tracks progress on a white board that showed weekly progress since the service debuted in January. The number of daily orders ranged from 13 to 36. Sales for the week Reuters visited, which included Thanksgiving Day, were on pace to hit a record of more than $12,000.

Kroger declined to comment on the overall performance of ClickList but acknowledged costs are initially higher for pickup orders because of the additional labor involved. Company executives said increasing sales and efficiency can virtually eliminate that gap in as little as three years.

Another challenge to profitability is that pickup customers are not tempted by in-store impulse items. But the biggest risk, analysts say, is to do nothing and let customers drift to competitors that offer the service.

Shopper Kimberlee Isaacs says ClickList has kept her loyal to the Westchester Ralphs, where she drops $800 a month on groceries for her family of three.

“We use it every single week. I don’t go into the store unless I forgot something,” Isaacs, 50, said.

Meanwhile, Walmart, the nation’s top grocery seller, aims to add free curbside pickup at 1,000 stores next year, bringing the total to 2,100 of its 4,700 U.S. locations. It declined to discuss profitability of the service. But spokeswoman Molly Blakeman said the company decided to expand it quickly based on encouraging results. Pickup is winning converts such as Hudson, Florida shopper Steve Mondock, who had previously shunned Walmart.

“I hated the crowds, I hated the parking,” said Mondock, 55, who now buys most of his basics there.

Virtually every food retailer is now testing or adding pickup, including Publix, HEB, Meijer and Safeway. Target Corp, which just bought delivery company Shipt, is testing drive up for non-perishable groceries and other items.

“That’s why you want to be early so you can capture someone else’s customers,” said Loop Capital analyst Andrew Wolf.