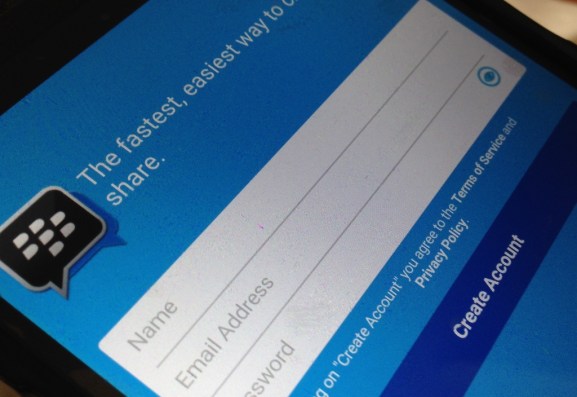 Uber has nabbed a notable new partner in its quest to target the lucrative Indonesian market: BBM Messenger.

BlackBerry’s once globally popular messaging service, BBM has pretty much died out in most markets around the world. However, it is still a major force in Indonesia, which is why Uber is now looking to make its ride-hailing service easier to access for millions of people across the country by allowing them to hail a car without leaving the BBM app.

Just as BlackBerry has been inking licensing deals to keep its hardware brand alive through Android and third-party manufacturers, the company has also made similar moves with its BBM messaging software. Last June, BlackBerry announced a partnership with PT Elang Mahkota Teknologi Tbk, a subsidiary of one of Indonesia’s largest media groups, Emtek. In essence, BlackBerry decided to license BBM out to Emtek, which would take charge of maintaining and developing the BBM service. Blackberry later announced that BBM was moving from on-site data centers in Canada to Google Cloud in Asia, as it makes sense for BBM data to be housed closer to where its core user base is.

Uber’s partnership is with Creative Media Works, a division of PT Elang Mahkota Teknologi Tbk that operates as BBM Messenger.

Uber faces stiff competition in Indonesia from the likes of Go-Jek — touted as Indonesia’s first billion-dollar startup — and the heavily funded Grab. Most reports suggest that BBM is still the number one messaging app in Indonesia, so this tie-up with BBM represents a big deal for Uber as it chases traction in a highly competitive market.

Those who connect their Uber accounts through the BBM app won’t have to install the Uber app at all — everything takes place within BBM. It’s worth noting here that this deal seems to be applicable globally, so anyone using BBM anywhere will be able to hook up their Uber accounts, however the main draw for Uber is the Indonesian market.

This isn’t the first time Uber has chased partnerships with popular messaging apps — back in 2015, it announced a similar tie-up with Facebook Messenger. It makes sense to target the preeminent messaging app in a given country, which is why Uber is now leaning on BBM for growth.