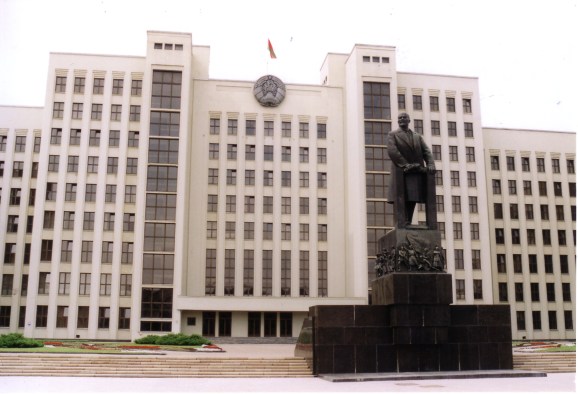 Belarus' House of Government and Vladimir Lenin Monument in Minsk.

In the battle to gain global leadership within the exploding cryptocurrency industry, Belarus is making its own bid to be considered a major hub.

Today, the country adopted a series of digital economic development rules to clearly legalize initial coin offerings, cryptocurrencies, and smart contracts. It did so by essentially creating a special class of laws for companies or entrepreneurs that are located at the Belarus Hi-Tech Park based in Minsk.

“Having adopted the Decree, Belarus becomes one of the world’s most comfortable jurisdictions for IT business,” said Vsevolod Yanchevsky, director of the park, in a statement. “Besides, the country is creating favorable conditions for the development of blockchain technology and businesses based on it.”

The Hi-Tech Park was created in 2005 to provide a liberalized zone to attract high-tech companies. Residents of the park pay no corporate taxes, and the personal income tax is only 9 percent.

The country is also putting in place rules to protect ICO participants, as well as giving its blessing to smart contracts. The announcement comes just a few days after Estonia to the north disclosed its own ambitious agenda to become an ICO capital.