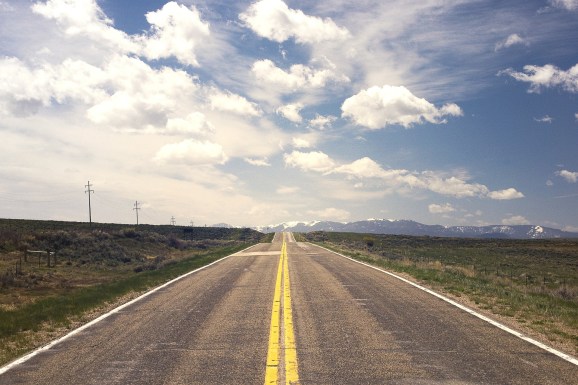 In 2017, there seemed to be an uptick in tech companies looking to connect with the Heartland. Following the 2016 U.S. presidential election, “coastal elites” were left wondering why their perspective on the issues facing America was so different from that of the rest of the country. It wasn’t surprising that tech leaders in Silicon Valley were among those taking a hard look in the mirror, or that they decided it was time to work on bridging that divide.

But 2017 still offered one big curveball for entrepreneurs, investors, and politicians in Middle America: Amazon’s announcement that it was looking for a city in North America to become home to its second headquarters (more on that later).

As the year draws to a close, let’s take a look at what kind of tech news we’ll likely see involving Middle America in 2018.

I often get asked by entrepreneurs and investors in cities across the U.S. what Silicon Valley thinks about startup communities in the rest of the country. Here’s what I tell them, based on the conversations I’ve had this year: I think Silicon Valley realizes it can no longer invest only in Silicon Valley. But there’s a big difference between thought and action. It seems most entrepreneurs and investors in the Valley still don’t really understand what kind of startup activity is happening between the coasts. Many Bay Area investors do want to find a way to reinvest in Middle America but either don’t know where to start or are still putting feelers out on how best to do so.

But now Silicon Valley will have a prominent case study to look to. In December, venture capitalists Steve Case and JD Vance, who lead a Heartland investing initiative called Rise of the Rest, raised a $150 million seed stage fund to get Heartland startups off the ground. Even more notably, they got prominent tech executives — including Jeff Bezos, Eric Schmidt, and Sean Parker — to endorse their mission and invest in the fund.

We may see more venture capitalists follow Case’s example and raise seed stage funds to invest in startups in Middle America. These will likely run a little smaller than Case’s — maybe from $30 to $100 million, at most. They might be managed by an entrepreneur or investor who found success in Silicon Valley but is originally from Indiana or Michigan and wants to use their new clout to help their home state.

I also think that we’ll see more of these seed stage funds pop up in the Midwest, rather than in the Southeast or Southwest. Interestingly, an analysis from PitchBook found earlier this year that states in the Northern U.S. have seen an increase in their share of venture capital investments this year, while states in the Southern portion of the country have seen a decrease.

Predicting that an area might receive more venture capital funding next year than it did the this year is not exactly a novel idea. For the most part, global venture capital investment continues to increase every year. But I think there will be a noticeable increase in the number of seed stage funds in the Midwest — and not necessarily a significant increase in the number of Series B rounds and beyond. Silicon Valley investors still seem skeptical that Midwestern startups are worthy of big checks.

I mentioned before that I don’t think most entrepreneurs and investors in Silicon Valley really understand the kind of startup activity that is happening between the coasts. Specifically, coastal investors tend to underestimate how many tech startups there are in the Midwest. The perception from some of them is that they’re going into these communities starting from square one. More seed stage capital is needed — but scale-up capital is even more necessary to help existing startups that want to grow.

It’s no secret that this year was a rough one for coding bootcamps. The Iron Yard and Dev Bootcamp, both of which had many locations throughout the South and Midwest, closed their doors.

What hasn’t been discussed as thoroughly is how much Heartland cities did to publicize these coding bootcamps in an effort to boost their own startup ecosystems. Cities from Las Vegas to Louisville hosted ribbon-cutting ceremonies for coding bootcamps, as mayors proclaimed that they would be lighting the way to a high-tech future. Now, many cities are realizing that while some coding school graduates can find high-paying jobs, more immersive programs are needed to help create a robust pipeline of tech talent.

In 2017, apprenticeships replaced coding schools as the most buzzed-about training programs, and I think we will start to see both the private and public sectors launch more apprenticeship programs in 2018. There will certainly be more money available to do so — President Trump signed an executive order increasing the amount of federal funding for new apprenticeship training programs from $90 million to $190 million. One of those federally funded programs is Apprenti, based in Washington.

Announced in 2016, Apprenti received interest from more than 3,000 applicants in 2017 for a year-long pilot program in Washington. Nearly 100 apprentices were placed at tech companies — including Amazon and Microsoft — located throughout Washington. The program has already announced that it will be expanding to a number of other states, including California, Michigan, Ohio, and Oregon. More expansions are likely to be announced in 2018.

Buckle up, because the conversation about Amazon’s HQ2 is far from over. The ecommerce giant has kept mum on when it will announce which city it has selected for HQ2, other than to say it will be sometime in the new year.

While the HQ2 selection process has drawn criticism from some who feel Amazon is trying to squeeze their city for as many dollars as possible, quite a few mayors have relished the opportunity to shill for their cities. If you think that not winning HQ2 is going to stop some of these mayors from name-dropping Amazon to promote their city, think again. Of the 238 cities that submitted a bid, it seems likely a few will take a “you’ll be sorry you ever rejected us” approach and use some of their proposed incentive money to create some kind of innovation space. Maybe it will be a work space for startups in a sector that the city is strong in, such as manufacturing or fintech. Maybe it will be creating an entrepreneurial center for students at a local university.

Alas, I think that most of the 237 cities that aren’t selected by Amazon to host HQ2 will go back to business as usual, namely, trying to woo corporations in private with massive incentive deals. But if cities can be creative enough to think of shipping a 21-foot saguaro cactus to Amazon or run ads on buses in Seattle to promote themselves, I hope some mayor is creative enough to realize that losing out on HQ2 doesn’t mean they can’t still turn their city into a tech destination.