WhatsApp went down in several parts of the world today, including parts of Europe, Asia, and South America. The crowdsourced website DownDetector found the largest concentration of outages in portions of England, Germany, and virtually all of the Netherlands, as well as parts of Italy, Spain, and Central Europe.

Outages were also reported in many major cities around the world, from Rio de Janeiro to Kuala Lumpur, Tel Aviv, Dubai, Mumbai, and Toronto.

Outages tracked by DownDetector began to spike around 9 a.m. Pacific, while a WhatsApp spokesperson said outages started around 10:30 a.m. Pacific.

“WhatsApp users around the world experienced a brief outage today that has now been resolved. We apologize for the inconvenience,” a WhatsApp spokesperson told VentureBeat in an email. The spokesperson did not share the cause of the outage. 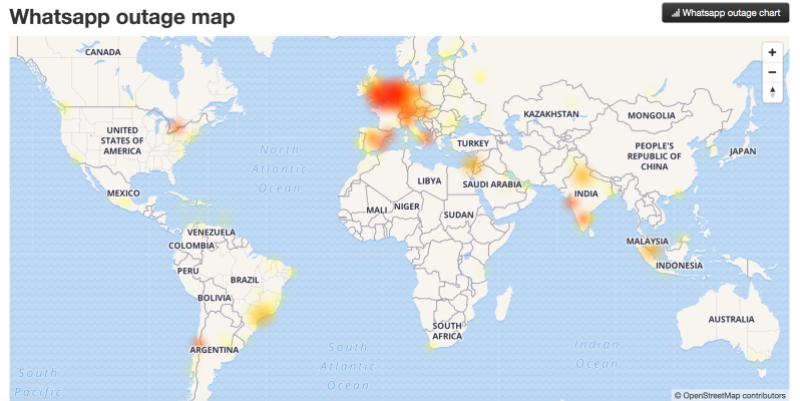 This isn’t the first New Year’s Eve outage for the chat app used by 1.3 billion monthly active users. Outages were also experienced in 2015 in many of the same parts of Europe.