Byton is making an assisted driving electric car with some interesting frills, like a 49-inch touchscreen, gesture controls, and voice commands through Amazon Alexa.

The car will debut for $45,000 in 2019, and software updates will turn it into a self-driving car over time, CEO Carsten Breitfeld said in a press conference at the beginning of the media day for CES 2018, the big tech trade show in Las Vegas.

Breitfeld drove a prototype of the car on stage during the press event. He said the production version will be a level 3 vehicle that can offer various forms of assistance to the driver, who ultimately controls the car. Over time, the car will be upgraded to level 4, meaning it will handle all driving functions on its own, without a human controlling it.

Perhaps the most interesting feature is the 49-inch touchscreen, which spans the whole dashboard of the 76-inch-wide car. You will be able to see images from both side mirrors on the screen while you drive. Of course, I would no doubt look at the screen too much and crash the car.

The vehicle also has a tablet screen on the driving wheel. It is rigged for voice control via Amazon Alexa, and you can control the car with hand gestures, as well. 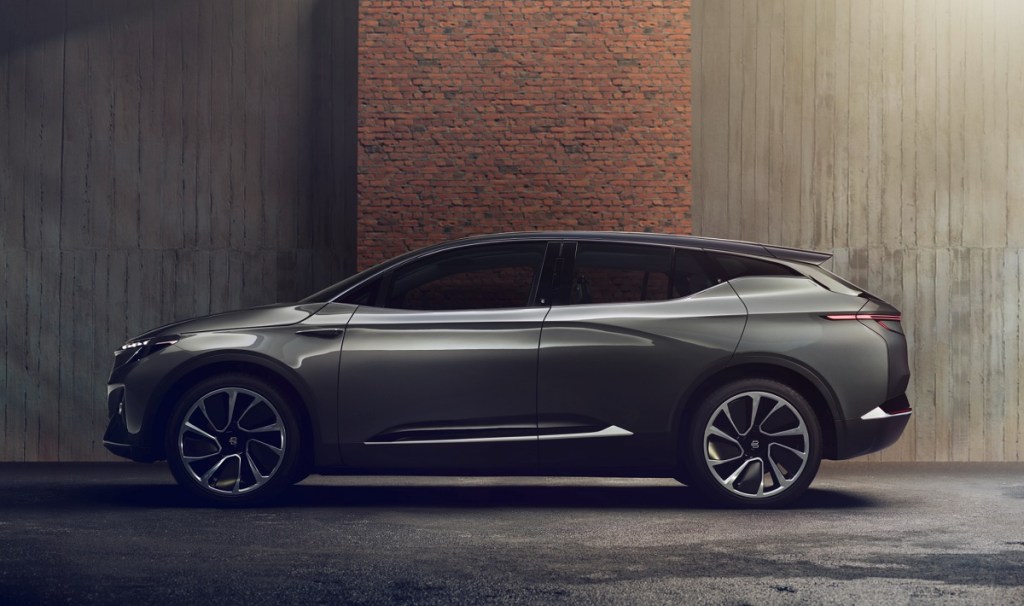 Above: The Byton Concept electric car.

The Byton car is packed with technology far beyond what today’s vehicles have. The company plans to ship it in the U.S., Europe, and China.

“We will update the car through advanced software,” said Breitfeld. “We’ll also handle upgrades of sensors, cameras, and other elements needed.”

The vehicle has horsepower of 272 and will have a good range of 250 miles. It will also be able to recharge enough in 20 minutes for you to drive 150 miles, and in 30 minutes to bring the battery to 80 percent.