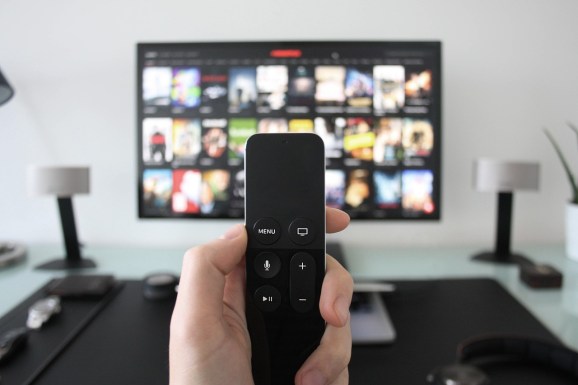 Marketing technology continues to progress at an almost exponential rate. The ability to reach customers exactly where they are with full personalization is becoming a reality. But one medium continues to offer persistent challenges to digital marketers.

According to Magna — a research outlet for media firm IPG Mediabrands — digital ad sales grew to $209 billion in 2017, while TV ad sales only brought in $178 billion. In fact, the move from traditional channels to digital resulted in the most substantial decline ever recorded.

This is partly because advertisers are getting more value from being able to target viewers using platforms such as HBO and Hulu. It is also cheaper to distribute ads via digital channels than it is to advertise on TV. Of course, none of this works unless the audience is watching TV content via streaming services rather than traditional TV channels.

And they are, especially in the under-35 age bracket.

“There is an underlying assumption that TV is moving to the cloud,” Dr Shay David, cofounder and president of media and telecom at Kaltura, told me in an interview. “The way we people consume video has changed dramatically. People now consume TV content on the go, on their terms. The service providers understand that the traditional model of TV — everyone in front of a single screen — no longer exists.”

While streaming is prevalent with younger audiences, older viewers are also moving to digital TV platforms. In fact, 2017 saw the fastest ever growth in 50- to 59-year-olds moving to digital TV, with 63 percent of viewers now accessing TV content via the internet, according to PwC data.

Kaltura’s role in providing digital TV content is often underplayed. When you watch a show on HBO, Turner, and Vodafone, it is Kaltura’s platform that is likely providing that video stream. The most extensive independent video provider across all hardware platforms — including mobile, Amazon Fire Stick, Roku, Google Chromecast, and Apple TV — it offers personalized content and advertising across devices.

“What we’ve developed is a cloud TV platform,” David said. “It is a system that is intended to be given to media companies, like Viacom or Vodaphone. We give them all the tools and services they need to deliver a full cloud TV solution.”

That ability to remain hardware-agnostic is essential and highlights a new challenge in the highly competitive digital TV marketplace.

The public spat between Amazon and Google is well documented. The latest? Google pulled YouTube from Amazon devices in December 2017. That decision has been expected for some time, since Amazon doesn’t carry products such as Google Home or Chromecast and doesn’t make Prime Video available to Chromecast users.

Amazon has already made up with Apple, providing Prime Video to Apple TV users, but it seems a rift with Google will continue for some time.

“We’ve been accustomed in this industry to a heightened sense of competition, especially with the stakes being so high,” David said. “Amazon is in an interesting position. It might be a competitor to your streaming business with its smart home combination of Amazon Prime Video, Fire Stick, and Echo, and yet simultaneously be a service provider for your product via AWS. It is a similar situation to that of Apple and Samsung, who compete vigorously in the smartphone world, while Apple continues to use Samsung screens.”

David believes these issues are short-lived.

“Everybody in the industry is after the same thing,” David said. “On a day-to-day basis, we don’t have a problem.”

Digital and tradition TV services share another persistent issue that is holding them both back and is especially frustrating for digital channels.

Most travelers have been affected by licensing issues. A movie or TV show that is available globally can be viewed and downloaded in the account holder’s region. But when you take a service like Netflix or Amazon Prime Video on the road with you, the viewing selection is dramatically cut down, even for shows that are available to you when you’re in your home country.

Will we see a resolution to this problem?

“Look at what happened with cinema releases,” David said. “They are now global releases. In part, this is to help fight piracy. It is also a way for the industry to capture revenue as fast as is possible. This is something that is translating well into the digital TV market. We already see global releases with premium HBO content and with Netflix. For vendors, it’s all about how to maximize the reach to the audience, and global licensing is a natural way to improve that.”

Where traditional TV really struggles and digital streaming can help massively is in the area of localized and personalized content.

“Viacom18 is a good case in point,” David said. “In India, we have more than 25 million daily active users on that service who watch both local and global content. Now factor in this — there are six dialects, so we had to create a system that supports subtitles and dubbing in those six dialects.”

That’s a considerable challenge, but Kaltura is already delivering substantial amounts of content to that audience, with the capability to replicate the platform globally.

“We have more than 80,000 hours of content on that system,” David said. “The internationalization of the TV experience is part of a wider problem, and the capability to be able to deliver a solution that works, with security and the ability to handle streaming and downloads, is complex but expected. You simply have to have all of these capabilities now — localized content is seen as table stakes for video platform providers.”

Digital TV solutions, ultimately, can provide all the necessary data to personalize the viewing experience for the consumer.

“Infrastructure is the first layer of any video platform, including Kaltura’s,” David said. “Our second layer is the provision of business logic — being able to insert ads, content, and manage customer data. The third is what we call our experience layer, which includes device management, statistics, and consumer data. Driving all of this is a TV data management platform that can optimize network performance, manage the load, work out how to distribute that load, detect fraud, predict churn, and more.”

That system helps deliver the vision the industry has been moving toward since the global rise of streamed video content — namely, data-driven TV. It completes the move from traditional TV to a truly personalized, mobile, data-driven experience.

But one thorny issue persists, and David doesn’t see a quick solution in this case.

In the case of a shared smart TV, we can’t know exactly who is watching the device at any given time. Personalizing ads and content to that individual, or the entire household, is difficult without asking them to identify themselves during every session.

“The household is an entity in our system,” David said. “The household, supposedly run by a parent in the house, can register payment systems, include or exclude household members, set permissions, and more. That is precious information, and personalization to the currently present TV audience begins with that.”

Once the viewers have been identified, personalized ads can be delivered, and recommendations can be suggested that make sense to the current viewing audience.

“It continues with understanding the relationship with devices in that household and the users of those devices,” David said. “On those devices, we can personalize the second-screen experience through login credentials. On TV, as far as I know, no system exists that can pre-determine who is in the room without it being creepy. We focus our personalization on the personal device.”

There is a secondary challenge to this level of personalized content — conforming to various degrees of parental control in different countries.

“If I think about what this looks like in the next few years, it comes down to what people think creepy looks like and what changes we see in regulation and globalized licensing,” David said. “What you and I think is freaky right now, my daughter or son might think is completely normal.”