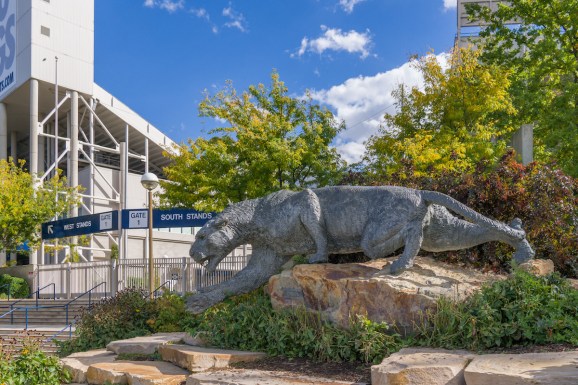 It’s no secret that mayors across the country are eager to attract more tech jobs to their cities — often by recruiting large companies, in the vein of Foxconn or Amazon. But a number of economic reports continue to show that long-term tech growth isn’t driven by a single company, but rather by other underlying assets.

California think tank Milken Institute today released its annual list of “best-performing cities” in the U.S. — the cities with the strongest economies. Cities were judged based on nine criteria, including job and wage growth (over both a one-year and four year-period), high-tech GDP growth, and the number of high-tech industries in that city. According to Milken Institute researcher Minoli Ratnatunga, the organization uses tech growth as a measurement of economic vitality because the technology industry is more likely to attract high-skilled workers.

What the Milken Institute’s report shows is that while creating a new venture capital fund for tech startups or convincing a software company to open a satellite office might help, cities that want long-term economic growth have to think about what assets they can harness to support growth at different points in the lifecycle of technology companies.

Among the cities that topped the list, there are a few common denominators: First, many of these cities have universities with well-funded research programs that have a strong record of commercializations. Second, these cities have a low cost of living and other amenities (opportunities for outdoor activities, vibrant cultural scene) that make them an attractive place to settle down. Third, they either have a favorable regulatory environment or a strong concentration of other high-tech businesses that, when combined with a strong university system and a high quality of life, can help convince tech businesses that it might be easier to grow their companies in these cities than in other markets.

Provo, Utah secured the top spot on this year’s list. Provo has been in the top three for the past five years, thanks to its continuous jobs growth in the professional, scientific, and technical services sector. The city added 5,500 high-tech jobs between 2011 and 2016. Over that same time period, weekly wages increased 14 percent.

Ratnatunga also highlighted Brigham Young University, home to nearly 35,000 students, as a key driver in Provo’s growth. BYU was among the Milken Institute’s top five universities in technology transfer in 2017.

The university has a technology transfer office that faculty can turn to for help commercializing technologies. In return, the university gets 55 percent of the revenue generated by licenses, while the inventor gets 45 percent — a more generous cut than other universities, which helps incentivize commercialization. BYU also has an entrepreneurship program that sees strong interest from the student body. Within the past five years, BYU students have launched 676 companies that have secured a combined $1.3 billion in funding.

The other cities in the top five are, in order: Raleigh, North Carolina; Dallas, Texas; San Francisco, California; and Fort Collins, Colorado.

San Francisco is the outlier on this list in the sense that it does have a higher cost of living than some of the other cities and is a more competitive place for tech talent. While the Bay Area is experiencing high rates of net migration, San Francisco still had the highest high-tech GDP growth between 2011 and 2016.

While cities like Provo, Raleigh, Dallas, and Fort Collins may be attracting workers thanks to a high quality of life, Ratnatunga said that politicians in these cities would be wise to consider how they can maintain that quality of life as the number of highly paid tech workers increases, which can cause things like housing prices and traffic to increase.

“How those cities manage their growth will be really interesting in the next couple of years — some of those [advantages] may become constraints going forward,” Ratnatunga told VentureBeat.