The Swiss company launched ProtonVPN in beta for desktop users back in March before rolling it out to the public a few months later. Due to high demand, the company had to install a waiting list for the free version of the service, which was opened to everyone in September.

ProtonMail offers a number of pricing tiers for its ProtonVPN service, ranging from free to $24 per month, depending on your requirements. For example, the top tier offers ProtonVPN access on up to 10 devices with server access in all available countries, while the free incarnation has a single-device limitation and server access in just three countries.

So far, the company has only offered a native application for desktop users, however, given that the service is built on the open source, open-standards OpenVPN, it has been compatible with other VPN clients that support OpenVPN. So while it has been technically possible to access ProtonVPN on iOS or Android devices by installing a third-party OpenVPN app, it hasn’t exactly been friction-free. With a dedicated ProtonVPN app available on Google Play, ProtonVPN is now open to millions more mainstream users. 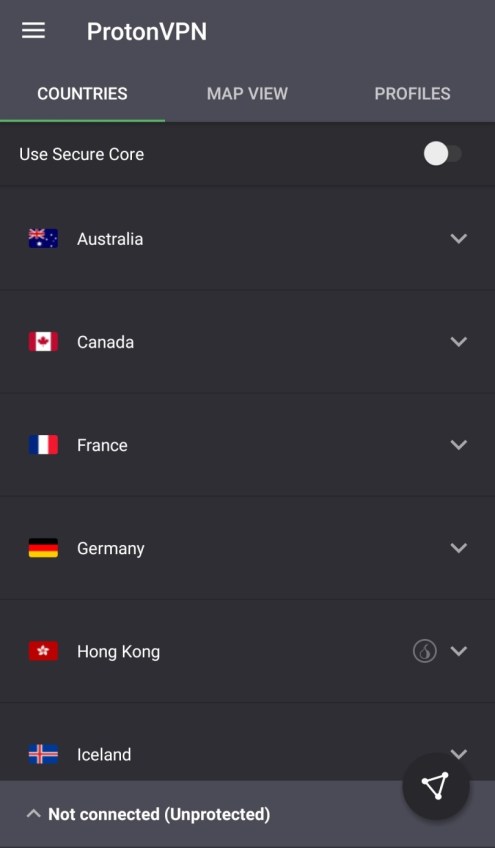 VPNs on the rise

By way of a quick recap, ProtonMail was founded out of CERN in 2013 and, after a period in beta, launched its encrypted email service globally in March 2016 with the promise of client-side encryption for all. In the intervening months, ProtonMail has added two-factor authentication (2FA) and support for Tor, while as of last month it introduced support for desktop email clients such as Outlook and Thunderbird.

VPNs have served as popular online privacy tools for years, helping internet users hide their true location to access services usually restricted to other regions. In the wake of Donald Trump’s presidential election victory, and growing concerns around digital privacy in general, VPN and encrypted messaging services reported a surge in downloads.

“Strong encryption and privacy are a social and economic necessity,” noted ProtonMail cofounder Andy Yen. “Not only does this technology protect activists and dissidents, it is also key to protecting democracy in the digital age. “There are 2 billion Android users worldwide, and being able to provide each and every one of them access to secure internet is a major milestone in our mission to make online privacy a reality again for all internet users.”

There are plenty of VPNs out there, but ProtonVPN  is striving to address many of the known security shortcomings in existing services, such as those that use pre-shared keys or insecure protocols and encryption. ProtonVPN promises a secure core architecture that channels traffic “through multiple encrypted tunnels” to defend against network-based attacks, similar to the way Tor works.

Additionally, ProtonVPN isn’t ad-supported and is available for free, without prompts to upgrade to access unlimited data.

“It is important to make the tools that protect online privacy and freedom widely accessible,” added Yen. “For this reason, we are releasing ProtonVPN on Android for free, without bandwidth limits or other data caps.”

A company spokesperson confirmed to VentureBeat that a native iOS version of ProtonVPN is scheduled for a beta launch in the second quarter of 2018.