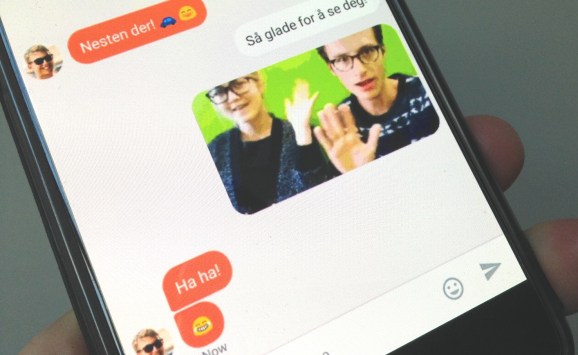 Google has nabbed a notable partner in Huawei as it strides forward in its quest to push Rich Communication Services (RCS) to the masses. The Chinese smartphone giant announced today that it will be making Google’s Android Messages app its default messaging app across all its devices.

By way of a quick recap, RCS is an ongoing GSMA-led program designed to create an SMS-style cross-operator communications service that brings additional features to the mix, such as group messaging, texting over Wi-Fi, IP voice calls, read-receipts, and file-sharing — similar to messaging apps such as WhatsApp and Facebook Messenger. In effect, RCS is like a next-gen SMS that mimics all the best features of modern IP messaging services.

Google’s push to embrace RCS on Android kicked off with the company’s 2015 acquisition of Jibe Mobile, a startup that helps mobile networks embrace various messaging features in their services while supporting cross-network interoperability. This move highlights one of the major stumbling blocks of RCS: For it to succeed, it needs buy-in from not just handset makers, but network operators too.

In early 2016, Google sought to advance RCS on Android through a tie-up with a number of global operators, including América Móvil, Bharti Airtel Ltd, Deutsche Telekom, Globe Telecom, Orange, Sprint, Telenor Group, Telstra, and Vodafone. A year later, Google further advanced its cause when it rebranded its SMS Messenger app as Android Messages and reached an agreement to make it the default messaging app on devices from LG, Motorola, Sony, HTC, ZTE, Micromax, HMD Global (Nokia), and Archos, among others.

U.S. networks may be under pressure to cut commercial ties with Huawei, but the company remains one of the world’s biggest smartphone makers, having briefly overtaken Apple for second place in terms of sales last year. So today’s news represents a major win for Google, Android, and the broader RCS protocol.

Of course, Huawei introducing Android Messages as its default messaging app is only one part of the puzzle — RCS needs as many carriers around the world on board as possible. As such, Google is also working with Huawei to offer existing and prospective partner networks access to the Jibe RCS cloud and hub to accelerate deployment of RCS. “This will enable a faster process for RCS services so more subscribers can get access to RCS messaging,” noted Google’s RCS head, Amir Sarhangi.

It’s clear that RCS has come a long way in the past two years, but many pieces of the pie are still missing. Without buy-in from major phone brands such as Apple, and with many mobile networks yet to embrace the protocol, RCS has a long way to go before it works as seamlessly as WhatsApp and other IP messaging apps.