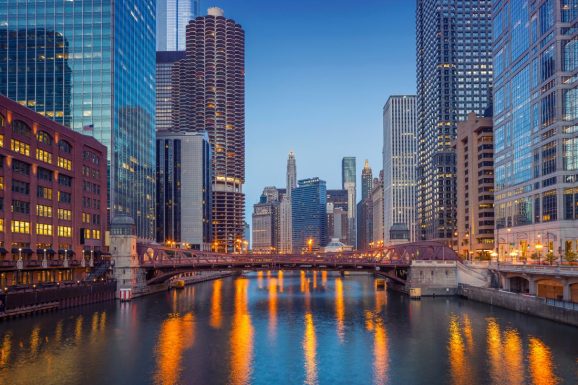 Chicago's tech sector is growing rapidly but could be threatened by inequity.

A year ago, the Midwest saw one of its largest tech exits to-date: the January 2017 $1.1 billion sale of CoverMyMeds to San Francisco-based McKesson Corp. The CoverMyMeds exit was the biggest in Ohio history, and it signaled an upward growth trajectory in exit activity from 2016.

When it comes to Midwest exits, 2017 was an extremely strong year. Through an analysis conducted with data from Pitchbook, Mattermark, and our own proprietary research, Hyde Park Angels looked at the biggest disclosed exits of 2016 and 2017 in what we consider the Midwest: Illinois, Indiana, Michigan, Minnesota, Ohio, and Wisconsin.

Some of the major exits from across the region included Michigan-based Altair Engineering‘s IPO, the aforementioned acquisition of Ohio-based CoverMyMeds, and Ohio-based Macropoint’s $107 million exit to Descartes.

While CoverMyMeds was the biggest Midwest exit of 2017, it’s worth noting that the real driver of the increase in exit value from 2016 to 2017 was Illinois, specifically Chicago.

Of the $5.1 billion in exits generated in the Midwest, $2.6 billion came from Chicago exits. This is triple what Chicago exit values were in 2016, which amounted to $859 million. What’s more, so many assumedly large exits were undisclosed in 2017 that the increase is likely considerably greater than the public data reveals.

The majority of the exit value came from acquisitions to strategic acquirers, demonstrating the impact of more corporate investment and acquisition arms entering the market.

In total, 22 companies in Chicago exited in 2017, 14 of which were VC-backed. However, some of the biggest exits included Vivid Seats, Adbasis, VelocityEHS, and CareerBuilder, which were all funded through private equity.

Looking ahead to 2018, we expect to see both Midwest and Chicago companies continue to grow in value, if not in number.

First, corporations are increasingly becoming strategic acquirers as a means of accessing technology faster and more effectively than allocating resources to in-house solutions.

They have also become more opportunistic in seeking out technology companies as avenues for innovation and as measures against disruption. This trend has grown over time, and we expect to see it continue to grow.

From a capital standpoint, the number of limited partners is also increasing and fundraising levels across PE and VC reached record heights nationally in 2017. With more capital in the market to fuel technology company growth, there will be more opportunities for would-be winners to reach their milestones more quickly with the infusion of capital.

Overall, 2018 may end up being an even stronger year for exits than years prior, creating a halo effect in the Midwest that spurs more startup investment.

Pete Wilkins is a serial entrepreneur and head of one of the top early-stage investment groups in the country, Hyde Park Angels, which focuses on leading the market with a people-first approach. Prior to HPA, Peter successfully founded, built, and turned around companies in multiple industries. Peter is an active advisor to many entrepreneurs, serves on several boards, and frequently speaks about entrepreneurship and venture capital.