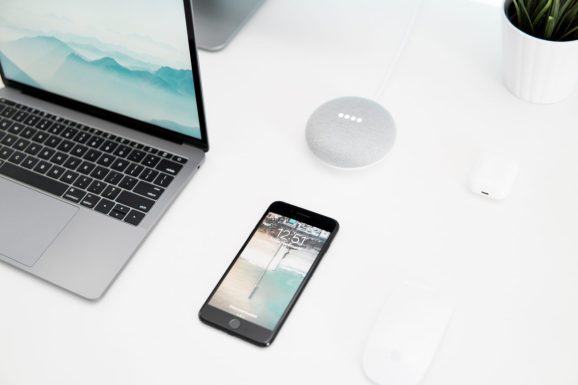 Artificial intelligence assistants such as Amazon Alexa and Google Assistant have been a major topic of discussion over the past few months. From the release of the Google Home smart speaker to huge sales of Amazon Echo devices over Christmas, there’s been a buzz in the air for months — and that buzz is still building in 2018.

Rumor has it Apple will release the HomePod smart speaker soon. This has prompted a flurry of speculation about how it’s too little, too late for the company to jump into the AI-enabled smart speaker sector. Meanwhile, experts point to these assistants as the next big boom in consumer tech and AI.

So what do AI assistants have in store for us in 2018? Read on to find out.

AI assistants will be the next big thing in tech

2018 is shaping up to be a big year for smart speaker adoption and, as a result, AI assistant adoption because these digital assistants power devices including the Amazon Echo and Google Home.

IDC Canada thinks smart speakers will be in over one million Canadian households by the end of 2018. If those numbers look hot, look at the stats for the United States: 1 in 6 adults in the US now owns a voice-activated smart speaker — that’s 39 million people.

Smart speaker adoption is now outpacing that of smartphones, according to an NPR and Edison Research study. And people aren’t using smart speakers once or twice and then forgetting about them. 65 percent of those surveyed said they wouldn’t want to go back to a life without these devices.

Apple will finally release the HomePod

Apple plans to release its own smart speaker this year. The device, called the HomePod, is like the Amazon Echo and Google Home in that it’s a big speaker powered by an AI assistant. But the similarities stop there. The HomePod will retail for $349 — three times the cost of a full-sized Echo. Initial demos indicate it features some impressive sound quality.

That said, it’ll be interesting to see how the HomePod fares. While there are sure to be some Apple fans holding out for the new device, the price point may hurt the device’s adoption in homes.

Digital assistants will be in everything

Get ready for voice control to be everywhere. Amazon and Google allow third parties to tap into their assistants, making voice control easier to implement with any task. Samsung, which is working on its own service, will start integrating this aspect of AI into more household appliances.

AI assistants currently work with smart home devices such as light bulbs, thermostats, and some home security systems like ADT Pulse and Vivint. This year, we might see digital assistants and voice control also function with larger appliances, like washers and dryers. The living room won’t be exempt, either — tech companies will likely update smart TVs to include voice assistants and enhance the entertainment experience. Alexa is even coming to cars this year.

Adding assistants to devices through software updates is a perfect way for companies to drive the tech’s adoption because it keeps consumers from having to go out and buy a whole new device to access the AI. Any device with a microphone, speaker, and internet connection could have an assistant added. Look at Cortana — Microsoft added the AI to millions of computers when Windows 10 launched in 2015.

AI assistants are likely to gain new abilities and get better at the ones they already have. Expect a lot of branded skills to come to the various assistants that use this function. Amazon and Google, for example, allow third parties to build skills that function like apps for their digital assistants. Apple, on the other hand, has historically limited what developers can do with Siri, and it’s still unclear whether that trend will change with the release of the HomePod.

The assistants themselves will also continue to improve. Siri and Google Assistant both received new voices in 2017, making them sound much more realistic, and the tech that powers those voice improvements is getting really good. Google’s got a new system called Tacotron 2 that is amazing at mimicking actual speech. It may not be long before we can’t tell the difference between an AI voice and a human one.

That’s good news for AI companies, though it may be a little scary for the rest of us. Jokes about robots taking over the world aside, not being able to tell if it’s a bot or an actual person on the phone may cause some interesting customer service issues for companies. It’ll take time to gauge how the public reacts to bots being so smoothly integrated into everyday life.

AI has some exciting developments on the horizon, and 2018 is shaping up to be an amazing year in the industry. But no matter what happens with AI assistants, one thing is for sure: The future has never sounded better.

Scott Bay is a digital journalist who reports on the latest technology trends, focusing specifically on travel, security, and AI.