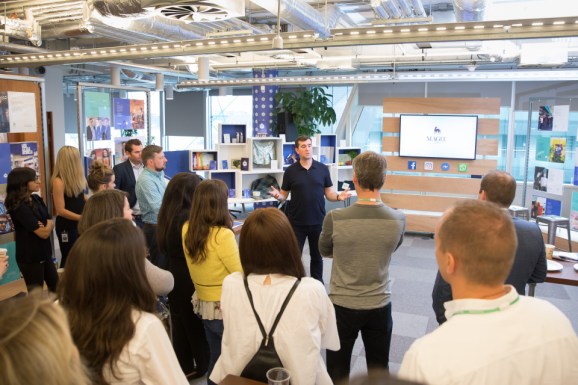 In addition, the company said it would expand its artificial intelligence investments in France by hiring new engineers and expanding its scholarship program there, according to a post penned by Ciaran Quilty, Faceook’s vice president of small businesses for Europe, Middle East, and Africa.

The announcement comes after a year in which Facebook has faced growing skepticism and tough questions from regulators across Europe who worry that the social network has become too powerful. Regulators have confronted the company over its taxes, its failure to block hate speech, how it handles users’ data, and its role in spreading fake news.

In the latest announcement, Facebook sought again to highlight its positive economic impact. The company noted that its platform is used by 35 percent of small businesses in Europe’s largest countries, which it claims has led to increased sales and hiring.

To further boost that growth, Facebook said it would open community skills hubs in Spain, Poland, and Italy. Those hubs would partner with local groups to offer training in “digital skills, media literacy, and online safety to underrepresented groups.” It has also set a goal of training 1 million people and business owners in Europe by 2020.

In addition, Facebook said it would spend $12.25 million via its French AI research center to increase its scholarship program in that country. The number of PhD fellows in the Facebook AI Research Paris program will increase from 10 to 40. The money will also be used to fund 10 servers to host open data sets for public agencies. And the company plans to double its AI research team in Paris from 30 to 60.