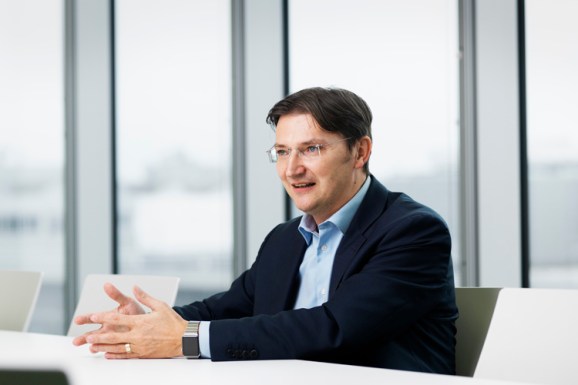 IOTA is becoming one of the most tangible blockchain startups. A distributed ledger technology (DLT), it enables machines to securely transact data and money with each other for a micro fee.

Following the successful launch of its data marketplace in November, IOTA’s token value rose dramatically. It then saw a significant investment from Robert Bosch Venture Capital, which included RBVC partner Dr Hongquan Jiang joining the IOTA Foundation’s advisory board. In January, IOTA announced that ITIC had partnered with the IOTA Foundation to create a global smart city testbed network.

Today, IOTA has announced that Johann Jungwirth, chief digital officer at Volkswagen, has joined the supervisory board of the IOTA Foundation. His role will be to oversee the foundation’s annual roadmap and advise on future collaborations between IOTA and Volkswagen.

The IOTA supervisory board’s role within the foundation includes approval of annual budgets, roadmaps, rules, and procedures, and oversight of the IOTA Foundation’s board of directors.

“IOTA has the potential to set a standard for trusted machine-to-machine transactions,” Jungwirth said. “With its brilliant technology, it’s no question why mobility and technology companies, as well as other key players in the industry, are joining the Foundation. I’m delighted to join the team and be a part of where IOTA is headed in the future.”

This is a significant appointment for IOTA. Since November 2015, Jungwirth has been the chief digital officer at Volkswagen, where he has been responsible for driving the digital transformation of Volkswagen Group’s various brands. These famously include the likes of Porsche, Audi, Bentley, Bugatti, and Lamborghini. Before joining Volkswagen, Jungwirth was director of Mac systems engineering at Apple, and before that he was president and CEO of the Mercedes-Benz research and development branch of North America.

“We are thrilled to have Johann join our Supervisory Board,” said David Sønstebø, cofounder of the IOTA Foundation. “Having a visionary like Johann on board is pivotal for IOTA’s ambition to become a global standard that enables real-world use cases.”

IOTA technology has already enabled the feeless transaction of payments worth billions of dollars and has been used to create transparent value chains in logistics, secure over-the-air updates, feeless micropayments for electric vehicle charging, parking, and more.

This is the first step in a closer relationship between IOTA and Volkswagen. The foundation promises further collaborations between the two organizations, with additional announcements during the coming weeks.